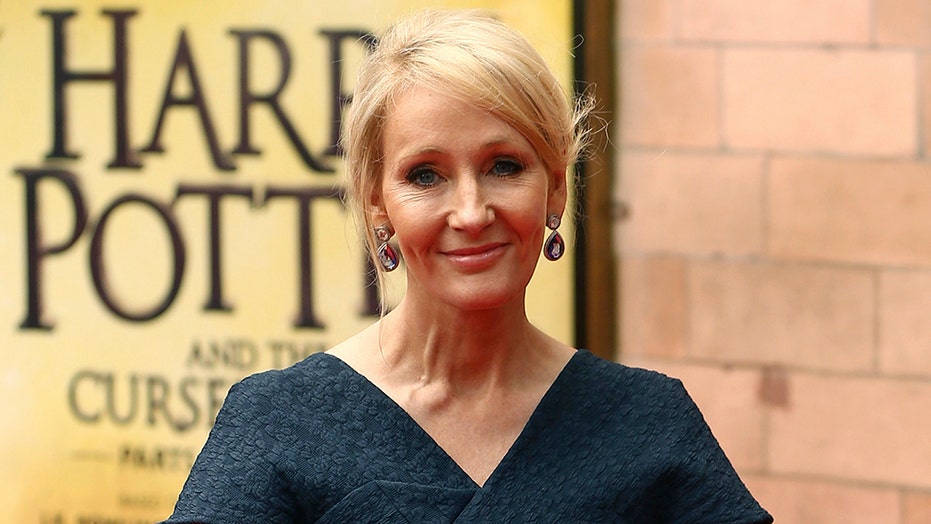 Celebrities took to social media to criticize “Harry Potter” author J.K. Rowling after she shared her thoughts on sex and gender.

Rowling, 54, who has been criticized for her tweets on transgender people in the past, is facing backlash from both her fans and famous people after she shared an article titled “Opinion: Creating a more equal post-COVID-19- world for people who menstruate.” The author mocked the use of the phrase “people who menstruate,” suggesting that the title should have used the less-inclusive term “women.”

“‘People who menstruate.’ I’m sure there used to be a word for those people. Someone help me out. Wumben? Wimpund? Woomud?” she wrote.

When she received a negative response from people advocating in favor of the transgender community, Rowling noted that she has done her homework on the subject.

J.K. Rowling got backlash from fellow celebrities after tweeting something deemed transphobic. (Reuters)

“I’ve spent much of the last three years reading books, blogs and scientific papers by trans people, medics and gender specialists. I know exactly what the distinction is. Never assume that because someone thinks differently, they have no knowledge,” she wrote.

She continued on the subject of gender later in the day.

“If sex isn’t real, there’s no same-sex attraction. If sex isn’t real, the lived reality of women globally is erased. I know and love trans people, but erasing the concept of sex removes the ability of many to meaningfully discuss their lives. It isn’t hate to speak the truth,” she wrote. “The idea that women like me, who’ve been empathetic to trans people for decades, feeling kinship because they’re vulnerable in the same way as women - ie, to male violence — ‘hate’ trans people because they think sex is real and has lived consequences — is a nonsense.”

She concluded: “I respect every trans person’s right to live any way that feels authentic and comfortable to them. I’d march with you if you were discriminated against on the basis of being trans. At the same time, my life has been shaped by being female. I do not believe it’s hateful to say so.”

Since the twitter thread sparked outrage, a handful of celebrities have come forward to speak out against Rowling.

"Hey JK as you claim to support trans rights and this is a historical moment where we are globally discussing the impact of white supremacy on Black People, please share some of your $650million mega wealth with this charity," wrote "Good Place" actress Jameela Jamil, adding a link to a charity for black trans people.

"Trans rights are human rights. I don’t know who might need to hear this today but you are loved, you are seen and you deserve to be happy and respected for who you are and the God given life you live. Solidarity, Love and Happy #PrideMonth," added Hozier without directly naming the author.

"What the actual f---??? This is so disgraceful, @jk_rowling. Of all the hills to die on, and for what reason? Trans women are women and they are fighting for their lives. When you push this trans exclusionary agenda, you make their lives infinitely more difficult. Shame on you," wrote Mary Lambert.

"Imagine writing a generation defining series about a youth uprisal that defeats a tyrannical monster motivated by the preservation of “pure blood” and looking at THIS time in the world and going “hmm ... yep. I’m gonna invalidate trans people,” Halsey wrote.

"If you are a TERF and following us, please f--- off and unfollow us," the band Tegan and Sara wrote, referencing a term commonly applied to Rowling standing for "Trans-Exclusionary Radical Feminist."

"Matilda" actress Mara Wilson took issue with Rowling acting confused by the criticism against her writing: "How did she manage to have a victim complex about all of this?"