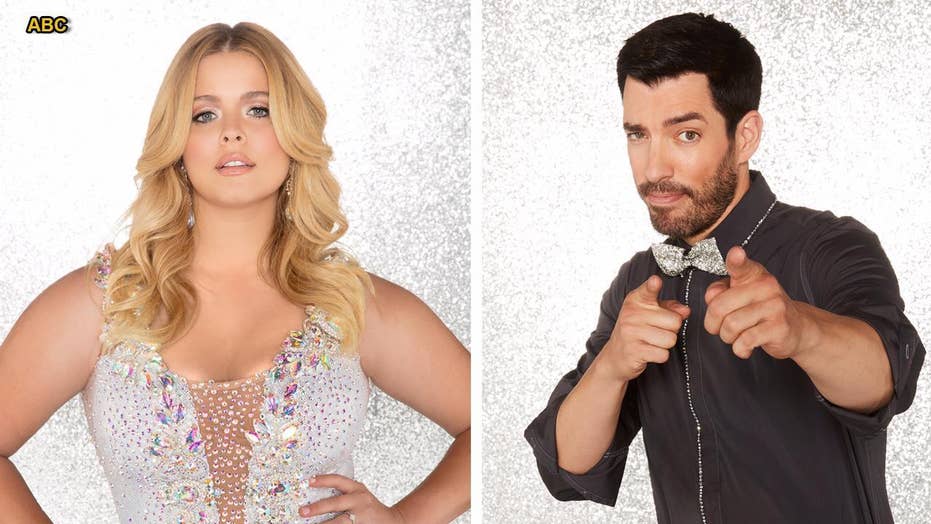 Celebrities slimming down on 'Dancing with the Stars'

Fox411: Actress Sasha Pieterse and 'Property Brothers' star Drew Scott reveal they have lost 37 and 30 pounds respectively thanks to training for the competition series.

Drew Scott and his "Dancing with the Stars" partner Emma Slater have been juggling more than just the competition as both stars plan their weddings!

While the "Property Brothers" star is marrying his fiancée Linda Phan next year, Slater got engaged last fall – live on "DWTS" -- to fellow pro dancer Sasha Farber and is finalizing details of their nuptials.

On Monday night, after Scott and Slater learned they were advancing to the "DWTS" finals, they filled reporters in on their personal joy. Both are twins and couldn't be happier to be getting married to their longtime loves.

Drew Scott wore a kilt for his Monday night tango and told Fox News after the show that it's a good warm up for his wedding to Phan, in which he also plans to honor his Scottish heritage.

"I'm going to wear a kilt to my wedding," Scott said. "When you're Scottish, [that's] not unusual. A kilt is your tuxedo so she loves that and she's Chinese so for us, we're going to do a sort of fusion of her heritage and my heritage."

When asked what you wear under a kilt, Scott replied, "I think you know the answer to that!"

His pro dance partner Slater told reporters that she and Farber have set a date noting that "Things have been picking up this last week. I'm in the process of sorting out invitations. We're about to go on [the upcoming "DWTS" tour] so I'm going to be like crazy strange bridezilla for doing my wedding planning on tour which is going to be difficult, but we're going to make it work."

"DWTS" fans were thrilled in October 2016 when Farber proposed to Slater during the live show. He got down on one knee with a dazzling ring during the broadcast and, of course, Slater said yes to her longtime fellow dancer beau who's been paired with such stars as Snooki and gymnast Simone Biles. Farber isn't competing this season.

Slater plansto have fellow "DWTS" pros in her bridal party, saying, "We're not going to be that posh, elegant wedding. I want it to be a party of love and have all our friends there and we're going to focus a lot on the entertainment. I want to surprise Sasha. We want it to be crazy!"

Scott said as he's rehearsed with Slater, they've joked about a double wedding.

That would be an interesting idea, particularly because Scott famously co-stars with his identical twin brother Jonathan on their hit HGTV show while Slater has a fraternal twin sister, Kelly.

Scott joked, "We talked about it. It's still in the works. What we might just do is let Linda and Emma go and plan half of it and Sasha and I will take it up, we'll claim the other half, and then we'll merge."

But he quipped that they won't get married at the same ceremony because, "I don't want her and Sasha to upstage me in my first dance with Linda."

Neither Scott nor Slater wants their wedding to be televised.

The "Property Brothers" star noted, "For me, it's all about family and family time. I don't get a lot of time because I'm on the road all the time and so they're first and foremost to me and [Linda and I are] going to do our wedding in Europe in the spring and that's exciting."

But he added that afterwards, "I'm sure we're going to share lots of photos, lots of videos and stuff" with fans.