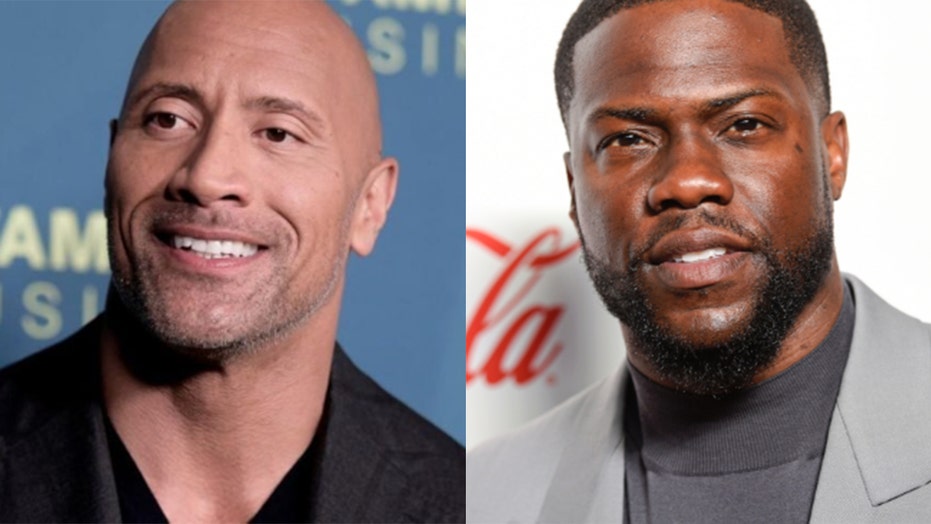 Dwayne "The Rock" Johnson can't help but poke fun at his friend.

On Saturday, Johnson was awarded favorite movie actor at the Nickelodeon Kid's Choice Awards, and in his acceptance speech, he playfully jabbed his good pal Kevin Hart, joking about his height.

"Hey, kids all around the world, I want to say thank you so much from the bottom of my heart for voting for me. And I also want to thank and commend the Kids' Choice Awards for using this broadcast to raise really critical awareness for child hunger," said Johnson, 48, over a video chat, per E! News. "So, well done to you guys."

The actor then brought up his "Jumanji: The Next Level" co-star.

Johnson added: "I love you guys."

The actor bagged the award for his work in both "Jumanji" and "Fast & Furious Presents: Hobbs & Shaw."

The awards broadcast also served as an event to raise awareness of child hunger, as Johnson mentioned.  Nickelodeon also donated $1 million to the No Kid Hungry charity.