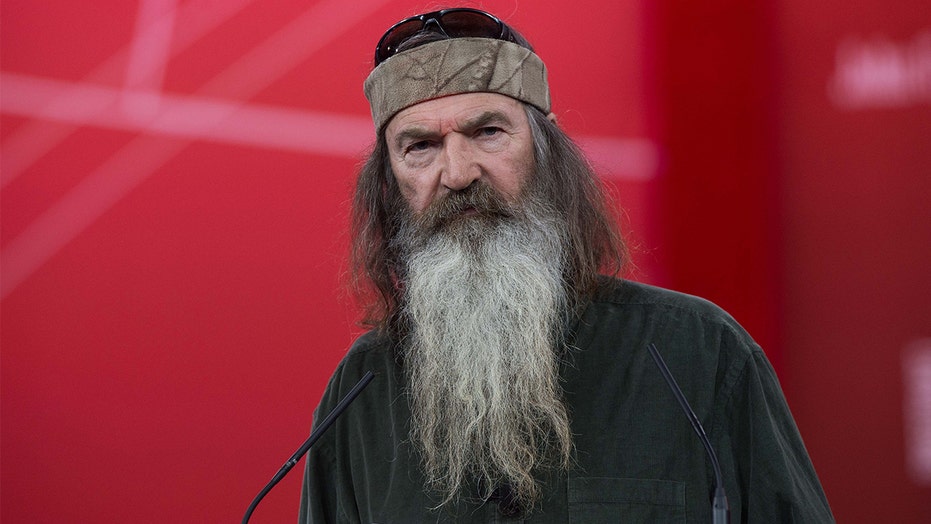 There's been much debate over President Trump's Supreme Court nominee, and no matter who it is, "Duck Dynasty" patriarch Phil Robertson said he expects a "political assassination" to come.

The president will announce his pick for the Supreme Court on Saturday afternoon following the death of Justice Ruth Bader Ginsburg, and multiple sources tell Fox News that Amy Coney Barrett will be his nominee.

Robertson, 74, who has never been shy about his support for Trump and is known for voicing his Christian faith and conservative beliefs, said he believes Americans will come at Trump and his Supreme Court nominee with hatred.

"The attacks about to be unleashed on this nominee will be senseless, faithless, heartless and ruthless," Robertson wrote in a lengthy Instagram caption on Friday.

'DUCK DYNASTY' STAR PHIL ROBERTSON ON AIDING TRUMP: 'I POINTED HIM TO JESUS'

The former A&E star said he feels the backlash toward Trump's Supreme Court pick will be worse than the divide during Brett Kavanaugh's 2018 hearings.

Robertson asked his followers to pray for the nominee and noted that no Supreme Court Justice is perfect.

"As I've said many times, there's a vast difference between the Supreme Court and the Supreme Being," Robertson added. "But we need men and women on the court who retain the knowledge of God. We need justices who understand that natural law comes from God, and so do our rights."

"This bunch preparing a political assassination on Trump's nominee is wicked to the core, but I love them. I love them enough to tell them Jesus loves them, and he'll remove their sin if they take him up on it."

The author of "Jesus Politics" said he's embracing for the "battle for America's very soul," which he said will be "when the confirmation hearings start."

Last month, the former "Duck Dynasty" star appeared on Fox News' "Watters' World," where he told guest host Brian Kilmeade that faith "was at the center" of his former meetings with Trump.

"I pointed him to Jesus," Robertson claimed. "We talked spiritual matters all three times."