Drew Barrymore is getting candid about the challenges in her real life, including getting fit and healthy.

The actress took to Instagram on Thursday to share some before-and-after snapshots, showcasing her impressive 25-pound weight loss, which she achieved through a lot of hard work, healthy eating and exercise.

"When I look at Instagram, I am made to think I should be at my best self. But most days, I lack consistency due to real life," the 43-year-old actress and mother of two wrote. "Solution: with the right people … we can make our goals a reality."

DREW BARRYMORE REFLECTS ON DIVORCE FROM WILL KOPELMAN: 'IT'S NOT ALWAYS EASY'

"Here is me in a before pose and then 25 pounds later in the same place," Barrymore added, referring to a photo of herself in a white shirt and tights, followed by a snapshot of herself looking remarkably more svelte while hugging her trainer, Marnie Alton. "You can tell my face is so much thinner!"

Barrymore admits that getting in shape takes "so much work," including making healthy meal and exercise choices and "fighting like a lion" to reach her goals.

"Damn you genetics! And yet thank you for all the good stuff. I love where I come from (JOHN ETHEL LIONEL), and whatever package it comes in" she added, referring to her famous Hollywood lineage. "I just know that I have the control to be what I want. Even if it is hard AF!"

Barrymore went on to praise Alton for being someone she can turn to when she feels she needs advice, and thanked the professional trainer for helping her lose the weight and transform her health in only three months.

DREW BARRYMORE POSTS PHOTO OF HERSELF CRYING: 'SOME DAYS ARE DIFFICULT'

The inspirational post comes amid a slew of candid, honest messages the actress has been posting in recent days, giving her fans and followers a deeper insight into her personal life.

Shortly after posting about her impressive weight loss, Barrymore also opened up about her divorce from ex-husband Will Kopelman.

"Once upon a time... I remember reading an article that said I had gotten my happy ending after all," Barrymore wrote on Instagram on Friday. "Looking at this picture, it sure looks that way. And then, like many times in life for all of us, our plans change and our dreams are adjusted." 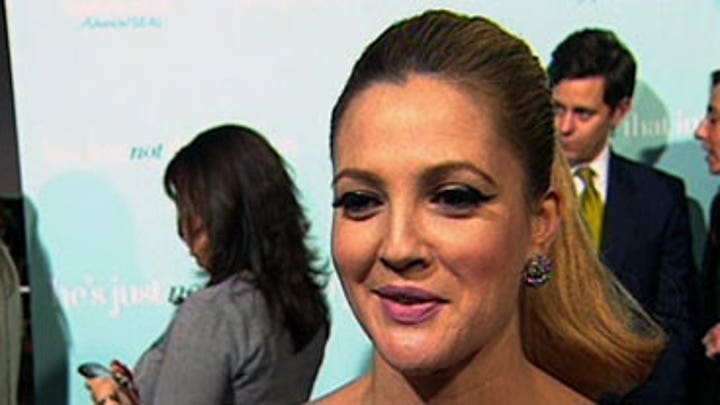 "But that doesn’t mean that every second wasn’t worth it. And if that DeLorean time machine pulled up every day, I would do it all over again," she continued. "After all, I did get my dream. 2 healthy girls. Will and I continue to marvel at what we made and try to be the best co parents we can be. It’s not always easy and the point is...nothing in life is. But it doesn’t mean that any bitter outweighs the sweet!"

Barrymore and Kopelman, who share two daughters — Olive, 6, and Frankie, 4 — called it quits in September 2016. Since then, she's dedicated most of her attention to her kids and her career, both as an actress and a beauty mogul, but makes occasional time for dating.

DREW BARRYMORE OPENS UP ABOUT PAST COCAINE USE: 'IT SEEMS LIKE MY WORST NIGHTMARE NOW'

"I got off [dating apps]. It was fun to try though," Barrymore told ET in July, adding that she's always wanted to experience a blind date.

"I've been working out there in the public since I was young so that myth of the blind date eluded me and I always wanted to do it so that was like a dating app for me," Barrymore explained. "But then it's not blind on my side so it just, I don't know, doesn't work."