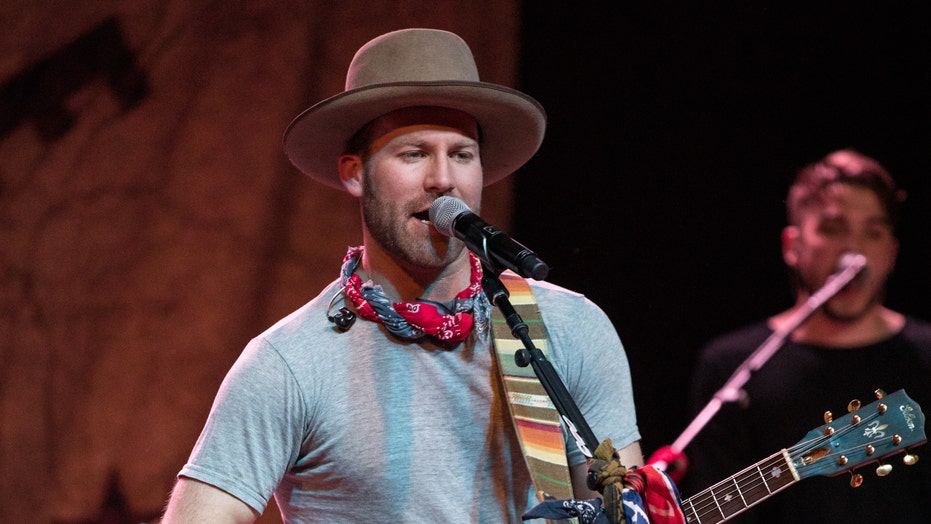 Country musician Drake White, who collapsed last week while performing on stage in Roanoke, VA, has revealed he was diagnosed with a debilitating brain disease.

About 15 minutes into his set last Friday, the “Livin’ the Dream” singer began stumbling, and was caught by a bandmate before sinking to the floor. He was later rushed to the hospital, and tweeted to his worried fans: “Hey friends — sorry we had to cut it short tonight. I’m getting checked out by some of Roanoke’s finest docs and will keep you posted. Thanks for your prayers and continued support. Love ya!”

Now, White is revealing the diagnosis he’s known of since January: arteriovenous malformation (AVM), an abnormal vascular formation in the brain which constricts blood flow.

“It was basically stealing blood from my brain,” White told People magazine. “The neurologist told me that I should be thankful it was caught in time, because it could have caused a stroke.”

His health battle began at his home in Nashville last winter when the 35-year-old came down with a headache he couldn’t shake.

“That morning, I had worked out and went to a lunch meeting, and that’s when the headache started,” White said. “By 2 p.m. I was in bed seeing spots in my left eye, and that’s when my left side started going numb. I tried to sleep it off but woke up with the same intense headache.”

MEL B REVEALS ADHD DIAGNOSIS, OPENS UP ABOUT ANXIETY: 'I'M TRYING TO LIVE MY BEST LIFE'

White and his wife, Alex, 33, weren’t taking any chances, and headed straight to the emergency room — though his diagnosis wouldn’t come easily.

“The true nightmare is having something wrong with you and not knowing what it is,” the songwriter said. “Nobody could tell me what was wrong.”

White would have to wait days after an “excruciating” MRI and angiogram before the AVM was discovered, which doctors believe is likely a birth defect.

He’s already undergone a four embolization procedures to reroute blood flow away from the malformation — one of them occurring just four days before last Friday’s show in VA, where he briefly performed alongside his band The Big Fire. However, White says his doctor has reported to him that they’ve “knocked out 75 percent of the mass,” and hopes he’ll be AVM-free by the end of this year.

The “Makin’ Me Look Good Again” singer says being able to perform despite his illness has been “very therapeutic” for him. “Emotionally it made me realize that I could still do this,” he added.

He and his wife say his prognosis is nothing short of a “miracle,” and hopes their story will help restore others’ faith in God.

“I’m not telling this story for me,” White told the outlet. “Someone needs to hear it, and God wants me to share it. It will help people believe in miracles, and I will feel that energy. The world needs that kind of energy right now.”