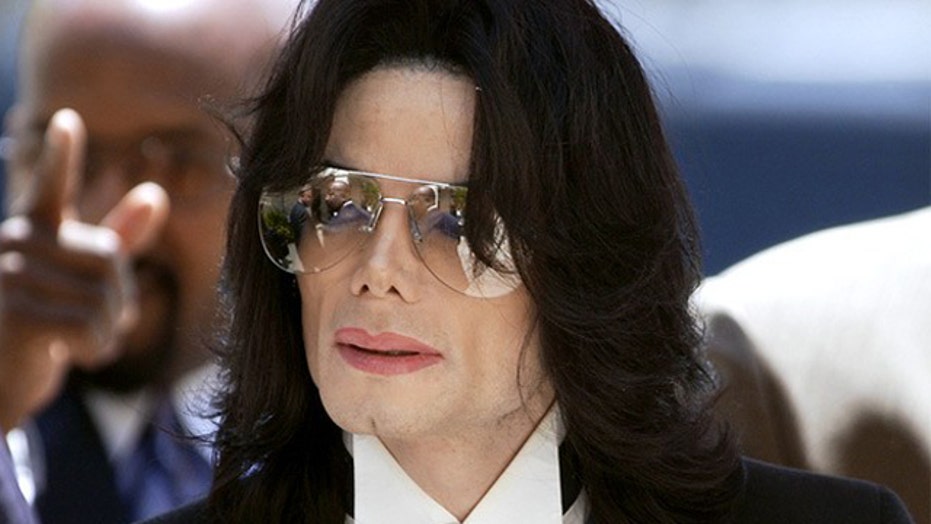 Hollie McKay on unsealed emailed entered into evidence that are raising new questions regarding the death of Michael Jackson.

LOS ANGELES – This summer marks the fourth anniversary of Michael Jackson’s death, but the fallout surrounding his sudden passing continues.

The judge dismissed all but one count, allowing the Jackson family to go to trial on April 2 with their claim that AEG negligently hired and supervised former cardiologist Conrad Murray.

The ruling dismissed claims that AEG could be held liable for Murray's conduct and breached its duty to properly care for the pop superstar.

The King of Pop died just two weeks before his highly-anticipated, AEG-promoted “This Is It” comeback tour was slated to hit the London stage, but the unsealed email exchanges allegedly indicate that the show organizers may have been aware of Jackson’s fragile health ahead of the big debut.

“The emails reveal that AEG Live and Randy Phillips (the company’s President) knew Michael couldn't perform and that AEG Live hired Murray. They had long denied hiring him,” an inside source told FOX411’s Pop Tarts column. “This is and always had been one of the things the family noted, and AEG denied, which is that they hired Murray. The family believes now that AEG will be inclined to settle and pay out potentially $500 million.”

A key component in the Jacksons’ suit against the entertainment promotion subsidiary of AEG is an alleged email sent to Phillips from show director Kenny Ortega, a longtime confidante of Jackson, expressing fear over the health of the star performer – who apparently turned up to rehearsals shivering – and asking for “professional guidance in this matter.”

Phillips allegedly responded that Dr. Conrad Murray, who is now serving out a prison sentence for involuntary manslaughter having administered a deadly dose of propofol and sedatives to Jackson, was “extremely successful” and that he “does not need this gig and is totally unbiased and ethical.”

Another email sent to Ortega 11 days before Jackson’s death, from AEG Live Co-CEO Paul Gongaware, suggested that the promoters were upset Murray kept Jackson from attending rehearsals the previous day, and allegedly cautioned: “we want to remind (Murray) that it is AEG, not MJ, who is paying his salary. We want to remind him what is expected of him.”

The Jackson family has long advocated that AEG Live put tremendous pressure on Jackson’s personal physician to keep his $150,000 per month job tending to the world’s biggest musical star and ensuring that he be ready for the tour, irrespective of his health.

The Jackson family’s attorney, Kevin Boyle did not respond to a request for comment. However, AEG lawyer Marvin Putnam vehemently denied any wrongdoings on his client’s behalf.

“The emails that have been unsealed are two out of thousands in this case.  They have been cherry-picked by plaintiffs and twisted to say something they simply do not say.  The Court’s ruling on Friday specifically found that AEG Live did not control Dr. Murray’s treatment of Jackson.  Moreover, as we have said repeatedly, AEG Live never paid Dr. Murray a penny.  Nor did it pay for any of his equipment or the propofol he used to treat Jackson,” he said. “ In fact, Dr. Murray purchased that propofol and was treating Jackson long before Jackson told AEG Live that he wanted to add Dr. Murray to his Tour Party.”

As for AEG’s knowledge regarding Jackson’s health, Putnam referred to the testimony given by Ortega, Phillips, and Gongaware in the criminal trial of Murray last year.

“(Michael) appeared ill one night during rehearsals, June 19, 2009. Ortega suggested that AEG Live reach out to Michael and his personal physician, Dr. Murray, to make sure Michael was okay. Randy Phillips did so, and as the very emails you have show, Dr. Murray told Phillips that Jackson was healthy and well, and that stopping the show would be the worst possible thing for him,” he said. “The next day, Phillips and Ortega met with both Jackson and Dr. Murray.  Jackson appeared well, and insisted to everyone that he was fine.  Dr. Murray likewise assured everyone that Jackson was fine. He then took a couple of days off, and came back to rehearsals later that week with the best performances he’d had the entire rehearsal period.”

But a source close to the Jackson’s contended that the famous family – who are seeking a financial sum equal to the money Jackson would have earned in his future years if not for his premature death – remain confident that they will receive some form of monetary compensation as the case heads to trial.

“They feel that a lawsuit victory or settlement proves their theory that Michael's death was more of a conspiracy than just Murray giving a lethal dose of propofol,” said the insider.

Putnam told the Associated Press he expects the company to win at trial, and that Katherine Jackson's lawyers will be unable to prove that AEG should have foreseen that Murray was a danger to the "Thriller" singer.