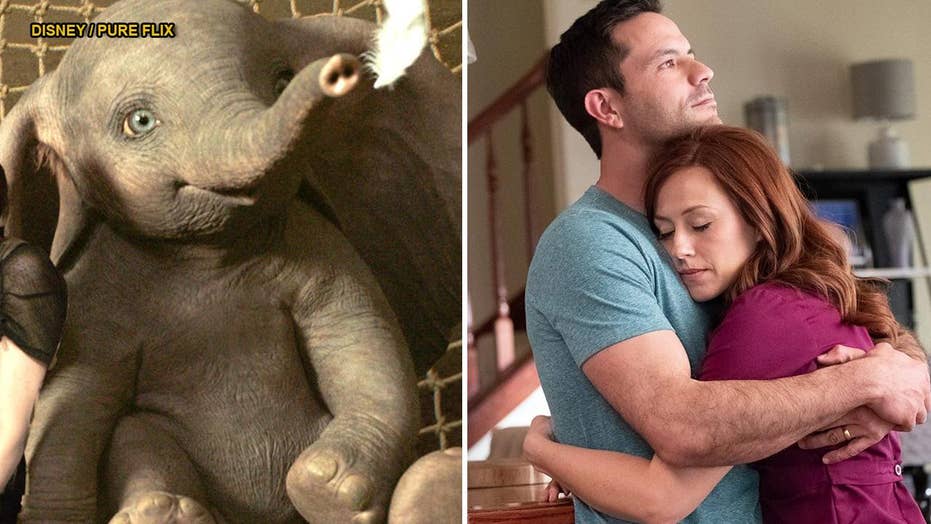 Despite having a $170 million production budget, Tim Burton's live-action remake of the 1941 Disney classic 'Dumbo' did not perform as expected during its opening weekend, while faith-based film 'Unplanned' placed in the top five with an impressive $6.1 million from only 1,059 theaters. 'Unplanned' tells the story of Abby Johnson who worked at Planned Parenthood before becoming a pro-life activist. 'Dumbo' starred Colin Farrell and Danny DeVito.

Disney's star-studded "Dumbo" did not exactly take flight at the North American box office this weekend, while the faith-based film "Unplanned" rounded out the top five flicks with an impressive $6.1 million from only 1,059 theaters.

"Unplanned" was another success for Pure Flix, which targets the faith-based audience.

"We are thrilled, gratified and humbled," "Unplanned" co-directors Cary Solomon and Chuck Konzelman said Sunday in a statement. "We are so pleased that the American people have responded with such an enormous outpouring of support at the box office. It humbles us and we look forward to seeing what happens in the weeks ahead."

A still from the film "Unplanned." (Pure Flix)

The film tells the true story of Abby Johnson, who worked at Planned Parenthood for eight years before becoming a pro-life activist.

Meanwhile, the Tim Burton-remake of the 1941 Disney classic did not perform the way other live-action favorites have.

"Dumbo" earned an estimated $45 million domestically from 4,259 locations against a $170 million production budget — less than half of what "Beauty and the Beast," ''The Jungle Book" and Burton's own "Alice in Wonderland" opened to.

"Dumbo," starring Colin Farrell and Danny DeVito, got mixed to negative reviews from critics and currently has a middling 53 percent on Rotten Tomatoes.

This image released by Disney shows Danny DeVito in a scene from "Dumbo." (Jay Maidment/Disney via AP)

THE MOST ANTICIPATED MOVIES OF 2019

It did, however, bump Jordan Peele's "Us" to second place. "Us" added $33.6 million, down only 53 percent, bringing its domestic total to $128.2 million in its second week. The Lupita Nyong'o doppelganger movie cost only $20 million to produce.

The teen drama/romance "Five Feet Apart" with Cole Sprouse and Haley Lu Richardson took fourth place with $6.3 million, down only 27 percent in its third week.