The Irish superstar actor has long been a standout out in a myriad of intensely dramatic and thrilling films, but none gave him the satisfaction of witnessing in real time how children react to his films quite like the live-action remake of the 1941 Disney classic, “Dumbo.”

Farrell spoke to Fox News earlier this month in Hollywood at the Los Angeles World Premiere for the latest Tim Burton flick. While basking in the lively ambiance only created by a handful of directors, Farrell told us he had never experienced a premiere with an atmosphere as jovial and whimsical as “Dumbo.”

“Certainly, a day like today – it’s so colorful and the excitability in the air with so many children,” said Farrell, 42, who also stars alongside 14-year-old first-time actress Nico Parker, who's the daughter of "Westworld" actress Thandie Newton. “I’ve never done a premiere with this many kids around – I’m thinking is this what I’ve been missing out on for 20 years trying to make serious drama?”

COLIN FARRELL DEFENDS USE OF N-WORD IN NEW FILM 'WIDOWS'

Although Farrell has bounced between many genres for films like “In Bruges,” “Fantastic Beasts and Where to Find Them” and “Roman J. Israel, Esq.” the “Miami Vice” actor said he’s constantly striving to out-do himself, and welcomes the criticism he’s received for past projects – but noted that it’s the pressure that is constantly placed on performers that he uses as a fueling component for each of his roles. 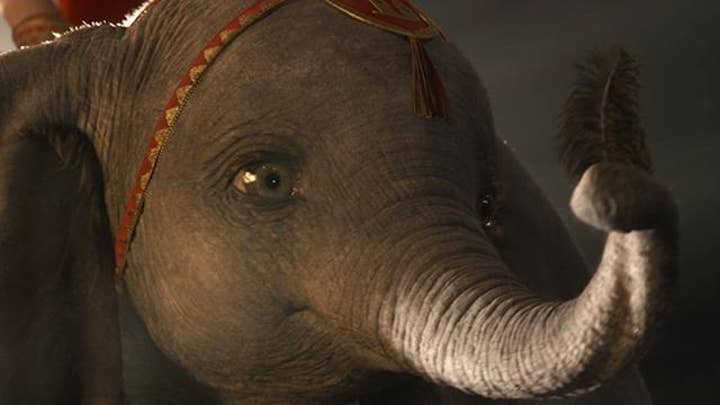 “Yeah, I mean – the big joke about being able to do what I’ve been allowed to do for twenty years – and you know; some films have worked, is that some have also been absolute turkeys,” Farrell explained, jesting that “this whole thing and the importance that people can place on you at times, sometimes they want to give you a smack in the head as well.”

The Golden Globe Award-winning actor added, “it can go one of two ways, but all that is to be kind of laughed at. The work, I love and I take a bit serious at times in my own way – but all of this stuff is to be enjoyed when you can; you know?”