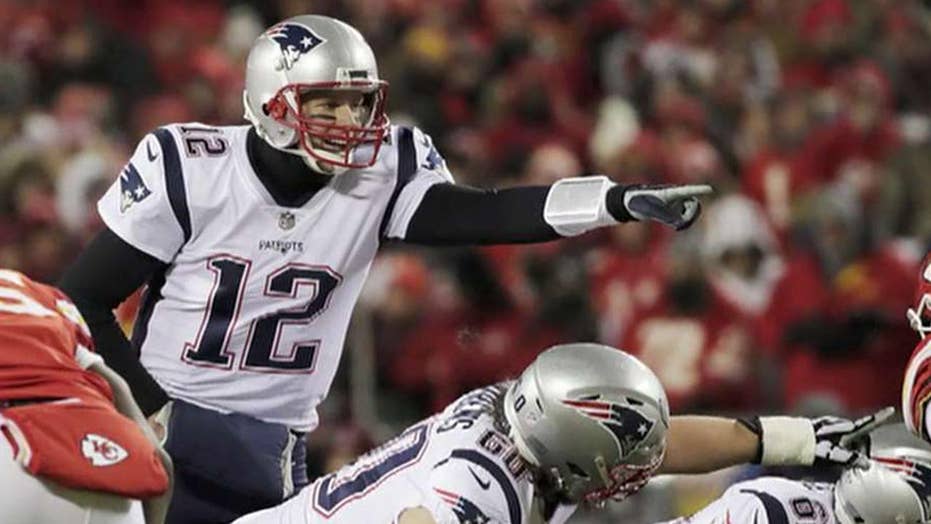 On Saturday, Radcliffe, 29, told Variety he's supporting the Los Angeles Rams in this year's Super Bowl, explaining, "The whole world is rooting against the Patriots ... sorry."

The "Harry Potter" star admitted he doesn't think Brady, 41, should retire, but that "he should stop winning things."

"Take that MAGA hat out of your locker! I feel like that was the moment when as a country we were all like, 'Come on, dude! You're awesome...Don't put that in here,'" Radcliffe chuckled.

In 2015, a Make America Great Again hat was spotted in Brady's locker during a televised interview.

Brady and Trump are friends and reportedly have played golf together in the past, but don't see eye to eye on a key issue: Kneeling during the national anthem.

After Trump called the quiet protests against police brutality against people of color unpatriotic, Brady said in an interview, "I certainly disagree with what he said. I thought it was just divisive. Like I said, I just want to support my teammates."