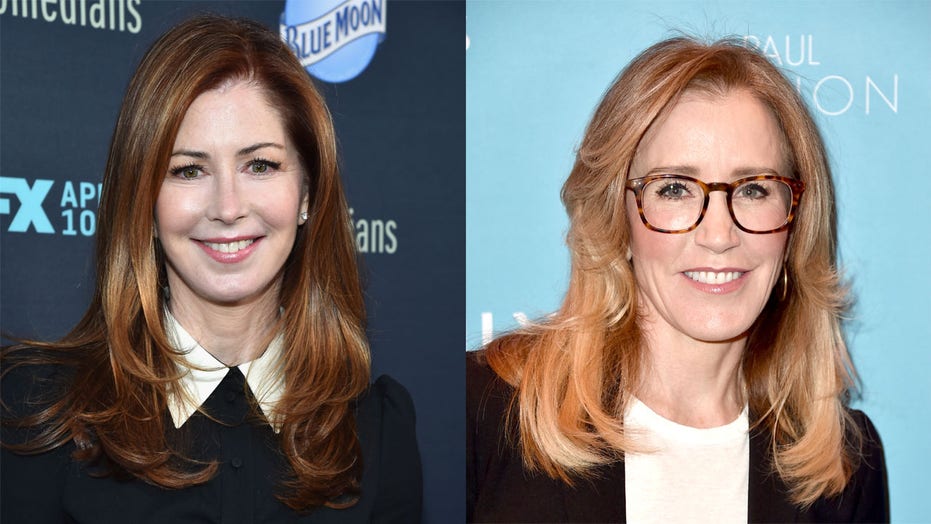 With Felicity Huffman sentenced to 14 days, will the judge make an example of Lori Loughlin?

Dana Delaney is convinced that her "Desperate Housewives" co-star Felicity Huffman will be just fine.

"Totally, yes," Delaney, 63, said to Us Weekly on Monday when asked if she thought Huffman could bounce back. "She did the right thing, she apologized. That’s all you can do.”

Huffman, 56, surrendered herself to authorities on Tuesday afternoon and began her prison stint at the Federal Correctional Institution in Dublin, Calif. The Emmy winner was sentenced to 14 days for her role in the college admissions scandal after pleading guilty in May

Since Huffman's arrest in March, Delaney says she's been in touch with Huffman "a little bit here and there just to say, ‘I’m sorry.’”

Delaney appeared in 65 episodes of "Desperate Housewives" from 2007 to 2012. The show ran for eight seasons on ABC, and Huffman was nominated for two Emmys for her role. Delaney won an Emmy for her work in "China Beach" in 1992.