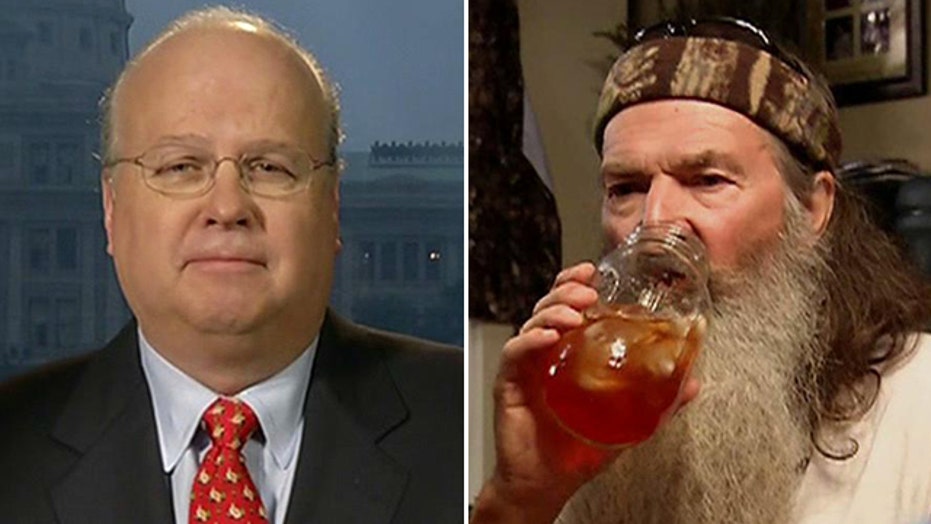 Cracker Barrel said it pulled some Duck Dynasty merchandise from its stores over concerns it might offend guests, a move that infuriated thousands of customers and confused many others.

"We removed selected products which we were concerned might offend some of our guests while we evaluate the situation," Cracker Barrel said in a statement posted on its Facebook page.

“Cracker Barrel’s mission is Pleasing People. We operate within the ideals of fairness, mutual respect and equal treatment of all people. These ideals are the core of our corporate culture. We continue to offer Duck Commander products in our stores. We removed selected products which we were concerned might offend some of our guests while we evaluate the situation. We continually evaluate the products we offer and will continue to do so.”

Cracker Barrel's statement led to confusion among some customers who wondered if the restaurant was removing Duck Dynasty products owned by A&E or products owned by the Robertson family's Duck Commander business.

However, some of the restaurant's employees are speaking out. Television stations in Atlanta and Virginia reported that employees were told to pull Duck Dynasty products from the shelves and slash prices on the remaining products.

The move comes after Duck Dynasty patriarch Phil Robertson was indefinitely suspended from the popular A&E show after he made comments the network found offensive to homosexuals.

In an interview with GQ magazine, Robertson responded to an interviewer's question about what he considered to be sinful behavior.

"Don't be deceived. Neither the adulterers, the idolaters, the male prostitutes, the homosexual offenders, the greedy, the drunkards, the slanderers, the swindlers -- they won't inherit the kingdom of God,” he said, paraphrasing a passage of New Testament scripture.

On Thursday the Robertson family affirmed their support for the patriarch and hinted they may not return to the show without the man who founded the business.