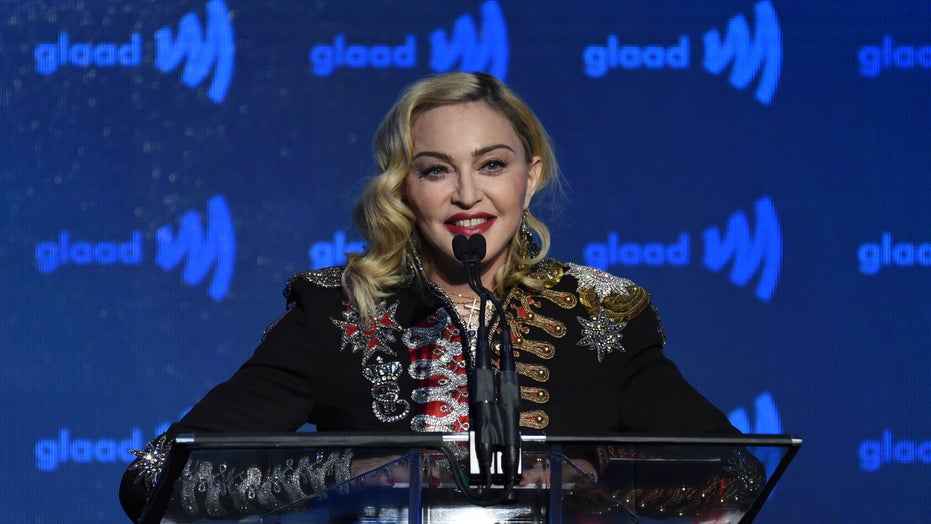 Madonna has canceled the last two stops of her latest tour in France, the pop star revealed on Monday.

The news of the cancellation comes after the country said it was banning events of more than 1,000 people to limit the spread of the coronavirus. Per Madonna's website, her shows in Paris on March 10 and 11 are no longer taking place.

“Following official notification from the Office of the Police this morning prohibiting all events with an audience attendance of over 1,000, Live Nation regrets to announce the final two Madame X performances previously re-scheduled to 10-March and 11-March are forced to be cancelled," the statement read.

It continued: “Tickets are refundable at point of purchase. We regret the disappointment to fans."

FILE - In this May 4, 2019, file photo, honoree Madonna accepts the advocate for change award at the 30th annual GLAAD Media Awards at the New York Hilton Midtown in New York. Madonna has canceled the last two stops of her latest tour in France after the country said it was banning events of more than 1,000 people to limit the spread of the coronavirus.  (Evan Agostini/Invision/AP, File)

According to The Associated Press, France reported 1,126 cases as of Sunday, up 19 percent from the day before, the second largest number of cases in Europe after Italy. So far, 19 people in France have died.

In addition to Madonna, several musicians have canceled or postponed concerts — most of them outside of the United States — because of the spreading virus, including Queen, Ciara, BTS, Khalid, Mariah Carey, Green Day and more.

Events such as the South by Southwest festival in Austin, Texas, has also been canceled, and the Ultra electronic dance music festival in Miami, which has been postponed.