Comedian Paul Rodriguez says he 'agrees with a lot of things' President Donald Trump has 'done' in a new interview with TMZ.  (Getty Images)

In an interview with TMZ on Tuesday, Rodriguez explained that even though Trump's "wording ... offends a lot of us," he does "agree with a lot of things he's done."

"He's a very coarse man," Rodriguez said, adding that Trump "should have somebody say the same things differently."

When asked which of Trump's policies he agrees with, Rodriguez said he believes that "America should protect its borders."

"I know a lot of Mexican-Americans are going to disagree with me," the 63-year-old continued. "It's not that I don't care about the people who obviously want to immigrate to this country, but you can't let everybody in.

"I'm an immigrant myself," he noted. "My parents came in the right way. They stood in line for days."

As for if Rodriguez will vote to re-elect Trump in 2020? The comedian said if the president "says one more thing," then he's "really going to change" his vote in two years. 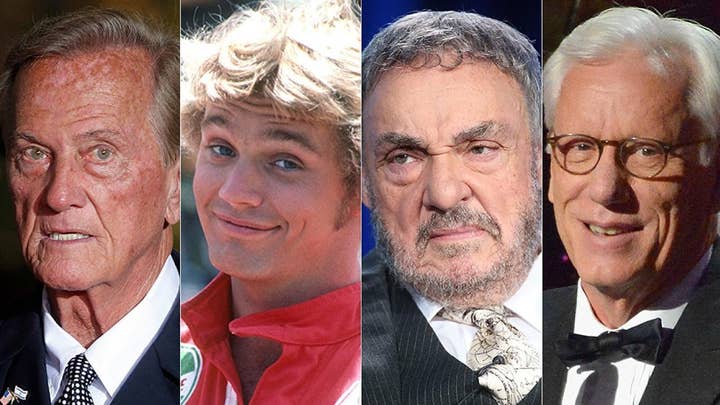 And with many celebrities voicing their views for Tuesday's midterm elections, the star also went on to share why he believes entertainers "shouldn't get into politics."

"Any entertainer shouldn't get into politics because half of the audience is going to hate you," he explained. "I've lost a lot of people who've come to see [me], but my show's not political. I'm there to entertain."

"It's a terrible thing for me to say this," he added. "I will pay the price for this, but as long as we're able to speak our minds, I think I should have the right to be wrong in your opinion."

In 2012, Rodriguez was featured in a Latino-targeted ad for then-presidential candidate Mitt Romney, whom he supported after what Rodriguez said was a disappointment over President Barack Obama.

At the time, Rodriguez said he’d been a lifelong Democrat and voted for Obama in 2008.