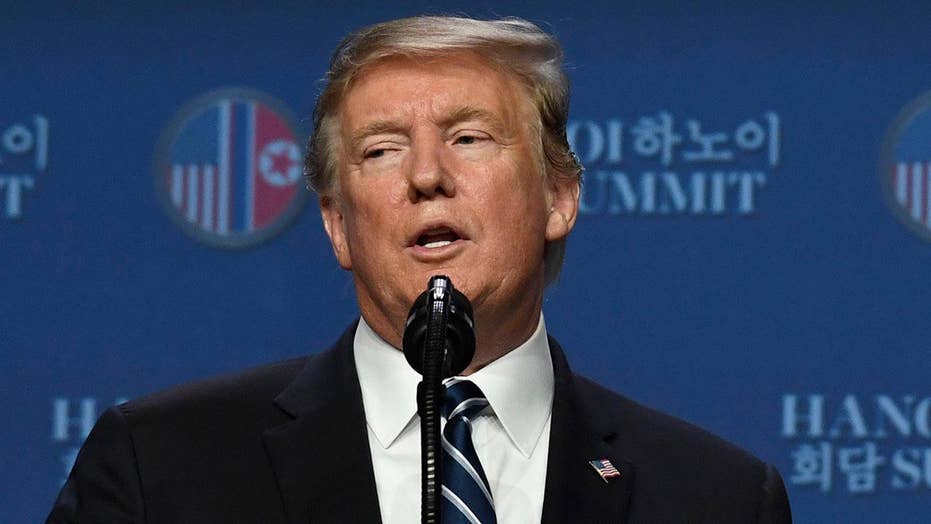 President Trump on not reaching an agreement with Kim Jong Un: 'Sometimes you have to walk'

CNN’s Jim Acosta on Thursday bemoaned the fact that President Trump didn’t call on him during a news conference after the abrupt end of the Hanoi summit between the U.S. and North Korea.

During a segment following the news conference, Acosta asserted that Trump may have avoided White House press corps journalists in an effort to dodge questions about Michael Cohen, Trump’s former lawyer, who testified Wednesday on the Capitol Hill.

But Acosta didn't mention that Trump called on at least two journalists from the White House press corps, including CBS’s Major Garrett – who was the first reporter called on – and ABC News’ Jonathan Karl, who quizzed Trump on Cohen’s testimony.

“[Michael Cohen] lied a lot,” Trump said in response to the Cohen testimony, which occurred in Washington, more than 13,000 miles from Hanoi. “But it was very interesting because he didn't lie about one thing, he said, 'no collusion with the Russian hoax.'”

Acosta added that Trump “was calling on reporters from Russian state media, Chinese state media, Sean Hannity from Fox,” adding that it “was by design because he didn't want to really answer questions about Michael Cohen.”

Yet even Acosta later in the segment acknowledged that Trump indeed answered a question on Cohen, though noting that he called the testimony yesterday a “fake hearing.”