CNN host Don Lemon managed to connect President Trump to what has been called the “largest college admissions scam ever prosecuted by the Department of Justice” on Tuesday night by saying the president also benefited from a rigged system that favors the elite.

Earlier in the day, law enforcement officials announced 50 indictments for those involved in a scheme in which wealthy parents allegedly paid large sums of money for their children to be accepted at prestigious universities across the country. Among the high-profile individuals swept up in the controversy are TV actresses Felicity Huffman and Lori Loughlin.

When Lemon tackled the topic during his opening monologue, he called it “disturbing” that such well-off families would go to such lengths to get their children into college and quickly pivoted to Trump.

The “CNN Tonight” host said that such a scandal can reinforce many people’s beliefs that the “system is rigged against them,” something he noted was a theme during Trump’s 2016 presidential campaign. 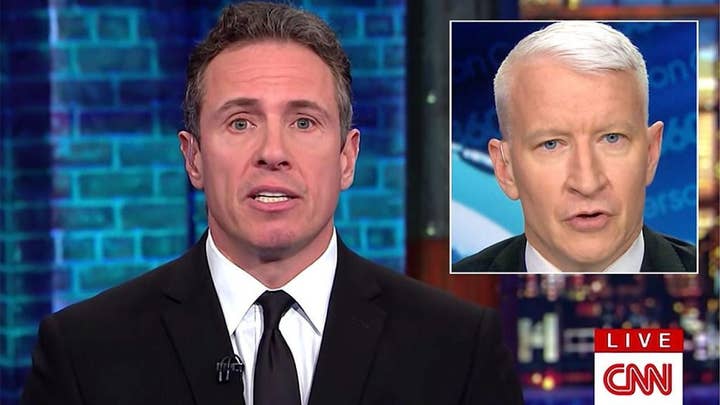 “This is what Donald Trump tapped into and in a lot of ways, guess what, he was right,” Lemon conceded before using the scandal as the impetus to mention the president's own upbringing.

“A lot of people will point out, and they have every right to do so, that Donald Trump himself is a beneficiary of a system that’s rigged in favor of the elite. Let’s not forget The New York Times investigation that revealed at age three, Donald Trump was earning $200,000 a year in today’s dollars,” Lemon told his viewers.

“He was a millionaire by age 8,” Lemon shrugged.

“Soon after he graduated from college, he was getting the equivalent of a million a year from his father,” he continued. “All of that is true, but none of it changes the fact that for far too many people, the American dream is rigged. And he spoke to that. Maybe he’s questionable as the messenger for this, but it’s a message a lot of people feel in their core. Rigged in favor of the wealthy and the powerful. And a whole lot of people in this country on the left and on the right are angry about that.”