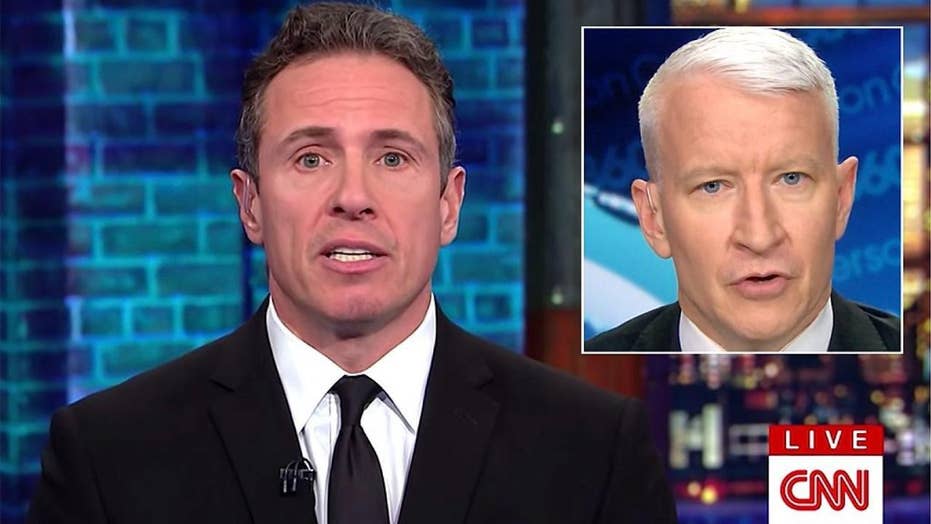 CNN hosts Don Lemon and Chris Cuomo surprised viewers with a bizarre rendition of the “All in The Family” theme song on Tuesday night.

Their respective shows, “CNN Tonight” and “Prime Time,” often share airtime as the network offers a split screen for the hosts to offer their takes on the day’s events, sometimes leading to peculiar segments.

While mocking President Trump, Cuomo asked, “When were we ever greater than we are today?”

Lemon responded by singing “Boy, the way Glen Miller played,” and Cuomo provided the next line, “Songs that made the hit parade.”

The two then sang in unison, “Guys like us we had it made, those were the days.”

Lemon then declared his favorite part was coming up and screeched “and you knew where you were then,” to which Cuomo responded, “Girls were girls and men were men.”

The CNN hosts sang a few more lines from the song before Cuomo said “that’s what [Trump] is tapping into.”

Cuomo admitted that some viewers were probably too young to be familiar with the song and encouraged viewers check it out on YouTube.

Cuomo called “All in the Family” a brilliant show but noted that it “was a parody of the perversity of ignorance in the form of Archie Bunker.” The show ended in 1979, so perhaps Cuomo and Lemon were attempting to reach older viewers, coming off a rough ratings week for the liberal network.

CNN’s primetime viewership dropped 16 percent among total viewers and plummeted 30 percent among the key demo of adults age 25-54 during March 4-10 compared to the same week last year, according to TVNewser.