Lemon on Tuesday compared Trump and Hitler while arguing that such "bad people" shouldn't be given a platform.

But Thursday night Lemon and fellow anti-Trump CNN host Chris Cuomo were discussing controversial comments that 2020 presidential hopeful Joe Biden made about working with segregationist senators when the “CNN Tonight” host compared it to his own rhetoric.

“I understand it. He did it inartfully, and many times in conversations we do I did it the other night with you when we were talking about the whole, you know, who you give a platform to and when you look back in history, who do you want -- I brought in Hitler,” Lemon said. “I didn’t mean to compare Hitler to the president, but it was inartful.”

Lemon’s comparison came under fire from many, including Fox News’ Sean Hannity, who told CNN boss Jeff Zucker he should be ashamed of himself.

Based on his backtracking Thursday night, it appears Lemon got the memo. 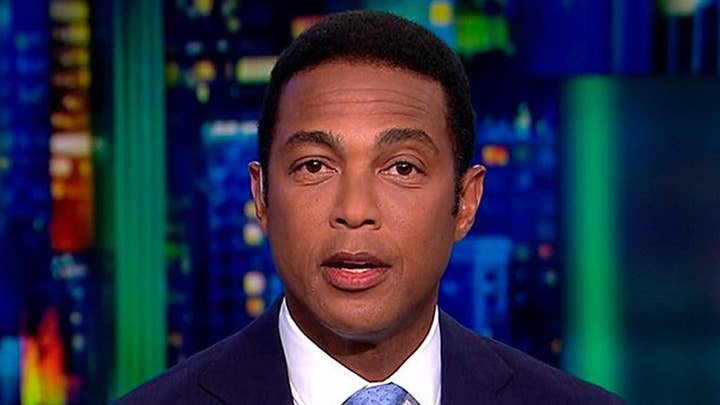 “I was trying to speak about people who give misinformation and propaganda… that was inartful. I didn’t mean in it that way and I think we have to… sometimes people say things in a conversation and you get what I’m trying to say, but people turn it into something else. And I think I get what Joe Biden was trying to say in the same vein,” Lemon said.

The original comment by Lemon was even called “extreme” by Cuomo immediately after Lemon made the comparison.

"Think about Hitler. Think about any of those people... if you could look back in history, would you say, 'Well, I'm so glad that person was allowed a platform so that they could spread their hate and propaganda and lies,' or would you say, 'That probably wasn't the right thing to do to spread that because you knew in that moment that was a bad person and they were doing bad things. And not only were they hurting people, they were killing people," Lemon said on Tuesday.

"I think that the example matters… that's a very extreme example," Cuomo responded.

"I'm not comparing him to that," Lemon attempted to clarify. "I'm comparing the way you would cover someone who is a bad person who does bad things."