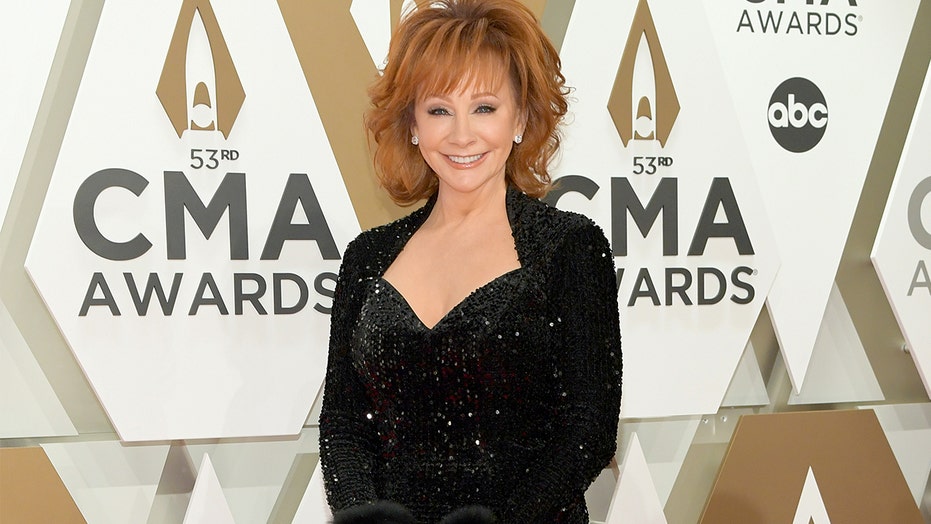 Reba McEntire is stepping out for the CMAs red carpet, but this time, she's a single lady.

McEntire, 64, was all smiles as she sparkled in a black long-sleeved gown with fuzzy cuffs. She is co-hosting the show along with Dolly Parton and Carrie Underwood.

Earlier this month, McEntire confirmed that she and her boyfriend, Anthony "Skeeter" Lasuzzo, broke up earlier this year.

CMA AWARDS 2019: HERE'S WHAT YOU NEED TO KNOW ABOUT COUNTRY MUSIC'S BIGGEST NIGHT

“Skeeter and I broke up in May, so, unfortunately, we will not be spending that time together,” McEntire told the Us Weekly. "We still talk and we’re friends, but just decided to go our separate ways."

Reba McEntire at the CMAs. (Photo by Jason Kempin/Getty Images)

In April, McEntire spoke with Fox News, saying that she and Lasuzzo were "having a really good time in the dating process and traveling all over the world."