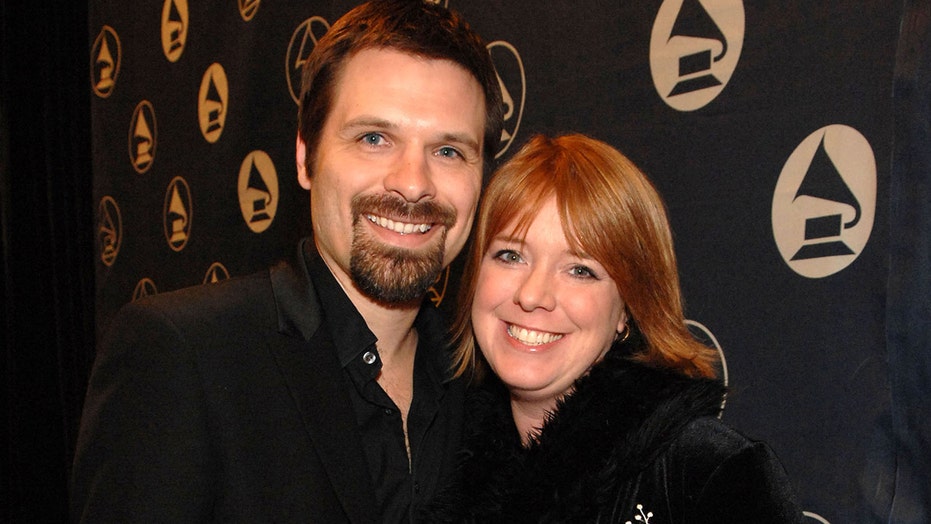 Mac Powell, lead singer of the Christian country group Third Day, is asking for prayers after revealing that his wife Aimee is recovering from a brain aneurysm.

The singer shared the news on Saturday on social media, where he explained that his wife was suffering from pain in her head that was so intense he called 911. An ambulance came to their home to take her to the local hospital.

“After a CT scan, they found bleeding on her brain and believe it is an aneurysm,” he wrote on Instagram, noting that the doctors seem optimistic and asked fans to, “please pray!!!”

Soon after, the “Soul on Fire” singer shared another update on Instagram over an image of Aimee in the hospital with her mother at her side.

“Forgive me for not knowing all the right medical stuff,” he explained. “In her procedure they were able to put in 2 coils which will keep the aneurysm from bleeding and possibly rupturing. Her head is hurting really bad.”

The following day, Powell shared another update, highlighting the fact that the pain his wife is experiencing is still the No. 1 concern.

“Aimee is in a lot of pain in her head. They have given her meds for it but nothing will completely help. They say the pain is going to be there,” he wrote.

COUNTRY SINGER COFFEY ANDERSON, WIFE OPEN UP ABOUT HER STAGE 4 CANCER DIAGNOSIS: 'LIFE IS NOT FAIR'

“She hasn’t eaten in probably 36 hrs or so. Pray that her appetite starts to return so that she’ll get the strength to start moving a little bit,” he added. “All signs are good so far. There doesn’t seem to be any negative neurological signs yet for physical or mental deficiencies.”

In his most recent update from Monday, Powell seemed significantly more optimistic in sharing a sweet family moment that occurred in the hospital. The singer posted a black-and-white photo of Aimee and their daughter cuddling in her bed together.

“Our sweet @camielovep comes down every night to snuggle with me and Aimee on the couch and she wasn’t going to let a trip to the intensive care unit stop her tonight,” he wrote.

He then explained that Aimee got some good sleep the previous night but that her pain intensified later that day. However, doctors said that wasn’t completely unexpected and things apparently got much better for her as the day went on.

“Once we were past midday things seemed to be getting a little better,” he shared. “We were able to have clearer and longer conversations today. I felt at one time today ‘There’s my Aimee coming back to me!’”

Powell said that things seem to be on the upswing, but that it’s a slow process. He concluded the day’s update by thanking fans once again for their prayers and well-wishes.

“We are confident that because of the great prayers and support that we are getting- we’ll be able to get that snuggle time with Camie Love back on the couch soon!”