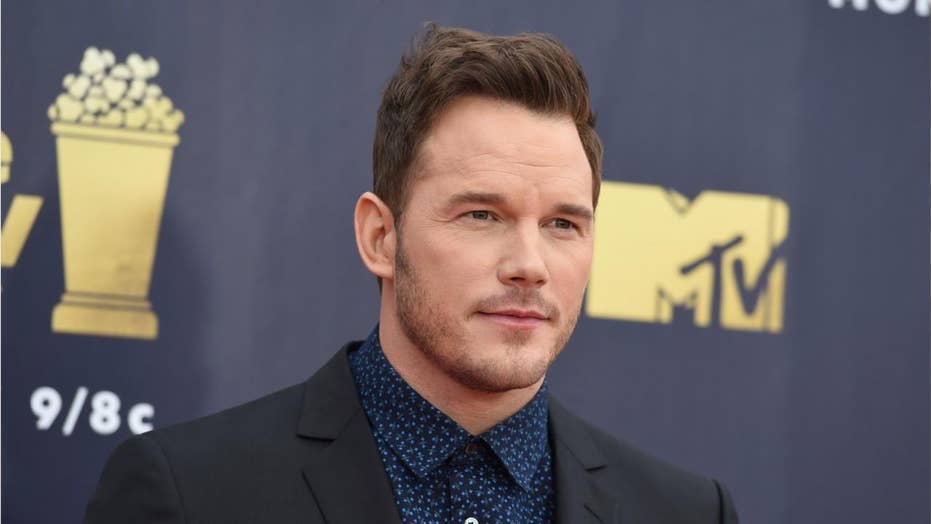 Yahoo Movies UK is facing major backlash on social media after calling 'Guardians of the Galaxy' star Chris Pratt a 'white supremacist' for wearing a T-Shirt featuring the American flag with a coiled rattlesnake in front of it with the text, 'Don't tread on me.' The iconic Gadsen Flag was created during the Revolutionary War, but recently the flag has been revived by the Tea Party. Many have blasted the article on Twitter, calling it 'pure idiocy.'

Yahoo is facing heavy criticism for an article calling Chris Pratt a "white supremacist" because he wore a T-shirt with the Gadsden flag.

Pratt, best known for his starring roles in "Guardians of the Galaxy" and the "Jurassic World" franchises, was seen wearing a T-shirt featuring the American flag with a coiled rattlesnake in front of it with the text, "Don't tread on me."

The coiled rattlesnake and the "Don't tread on me" motto are from the iconic Gadsden flag, which was created by American general Christopher Gadsden in 1775 during the Revolutionary War. It was meant to symbolize liberty and freedom.

In recent years, the flag has been revived by the Tea Party.

The Yahoo Movies UK article, titled "Chris Pratt criticized for 'white supremacist' T-shirt," stated: "Although it is one of the symbols and flags used by the U.S. Men’s Soccer Team, Metallica, as well as some libertarian groups, over the years the flag has been adopted by Far Right political groups like the Tea Party, as well as gun-toting supporters of the Second Amendment," the article described the Gadsden flag.

"Not every symbol of the early republic is a white supremacist symbol, unless you are a moron."

"It has therefore become a symbol of more conservative and far right individuals and, according to the Equal Employment Opportunity Commission of the US, it also is 'sometimes interpreted to convey racially-tinged messages in some contexts.'"

CHRIS PRATT 'REFUSED TO AUDITION' FOR 'GUARDIANS OF THE GALAXY’ IN THE BEGINNING, CASTING DIRECTOR SAYS

The article also included six posts from Twitter users knocking Pratt's shirt, one of them accusing the actor of wearing a shirt with a "white supremacist dogwhistle."

But many blasted the article on Twitter, with Conservative commentator Ben Shapiro calling it "pure idiocy."

"Not every symbol of the early republic is a white supremacist symbol, unless you are a moron," Shapiro wrote, hinting at the controversy surrounding the Betsy Ross flag earlier this month.

Reason editor Robby Soave compared the article to the "black Ariel controversy" where some in the media claimed there was backlash over Disney's casting of black singer Halle Bailey as the lead role in a live-action adaptation of "The Little Mermaid."

"No one was actually mad. Twitter distorts," Soave tweeted.

"Shame on ⁦@Yahoo⁩ for this trash," syndicated columnist Jonah Goldberg reacted. "A handful of dumb Twitter comments isn’t a news story you click-baiting parasites. There nothing white supremacist about that T-shirt. It’s like everyone wants to be stupid and make everything worse."

CHRIS PRATT MOURNS DEATH OF HIS 700-LB. FARM BOAR: ‘THIS WAS A HARD ONE’

"Nice. Glad to see someone in hollywood actually supports people’s right to defend themselves," one user wrote in response to Harris, while another commented," Gadsen flag. I love it! Where can I buy mine?"

A rep for Pratt did not return Fox News' request for comment.