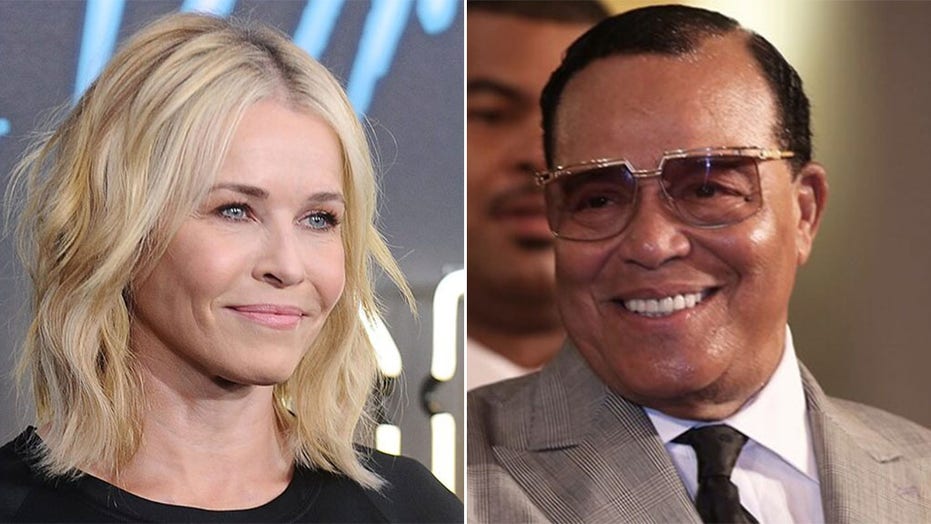 The 45-year-old comic took to Instagram on Sunday and shared an old clip from "The Phil Donahue Show" where Farrakhan was taking questions from the audience.

One woman asked why can't "white people, black people, Jewish people" "come together." Farrakhan responded by saying that "the desire is good" but that reality is the "total opposite."

He accused the audience of viewing black Americans as "second-class or inferior citizens" and enforcing "black inferiority" by stripping their African culture dating back to slavery and pushed white culture onto them, citing "white names," the English language, and "white Jesus" as examples.

When another white audience member expressed her concern that she "hears violence" from his rhetoric, Farrakhan insisted she had "deep guilt" and feared that "if black people come to power" that they would commit violence on white people, he says, the way white people had committed violence on black people for years.

Farrakhan rejected an accusation from an attendee that he has a "prejudice" against white people, saying that after "400 years" of oppression, he and other black people are "looking at reality of what we have suffered and continue to suffer."

"I learned a lot from watching this powerful video," Handler told her nearly 4 million Instagram followers.

I learned a lot from watching this powerful video.

Several Instagram users slammed Handler for sharing a video praising Farrakhan. One replied, "So, based on this logic, if you find a video of Hitler saying something positive and powerful, will you feel equally compelled to share it? You gave hate credibility and a large platform today."

Handler responded, "No, because Hitler was responsible for killing millions of lives. Farrakhan is just responsible for his own promotion of anti-Semitic beliefs. They are very different.”

She added, "Another thing: perhaps Farrakhan’s anti-Semitic views took form during his own oppression," she wrote. "We know now that oppression of one race leads to an oppression of all races."

This comes amid a period of civil unrest in America while protests across the nation oppose police brutality toward black people.

The protests began after the May 25 death of George Floyd while in police custody in Minneapolis, Minn., when officer Derek Chauvin knelt on Floyd's neck for nearly nine minutes.