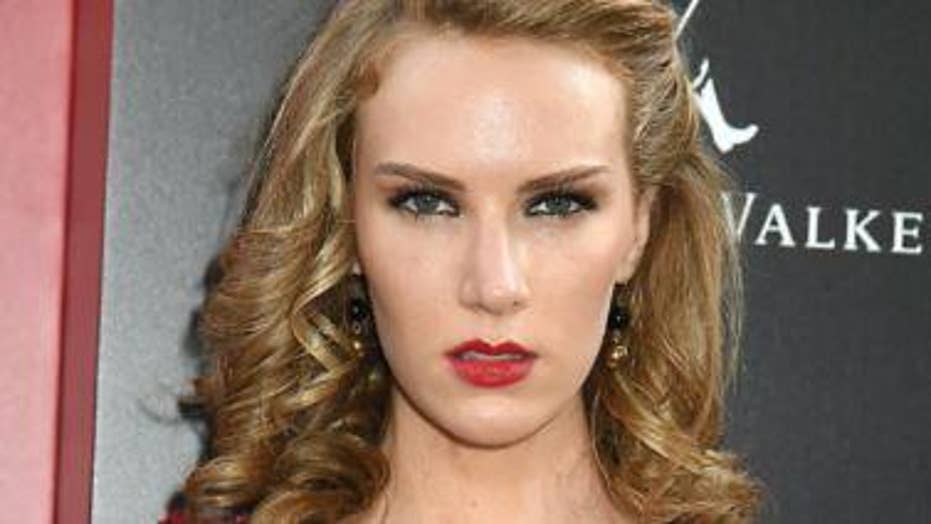 Hours after Warner Bros. announced Chairman and CEO Kevin Tsujihara will step down at the company, actress Charlotte Kirk, who allegedly had engaged in an inappropriate relationship with him years ago, spoke out.

"I am deeply saddened to hear the news of Kevin Tsujihara stepping down at Warners," Kirk told Fox News in a statement on Monday. "Our relationship ended many years ago. The release of the story by The Hollywood Reporter was nothing to do with me."

She continued: "In fact I tried to prevent it. Whatever differences we may have had in the past were long since forgotten. I only wish him the best of success in his future endeavours."

WarnerMedia previously announced in a statement to Fox News that Tsujihara no longer would continue as chairman and CEO at the company after it was revealed through a series of text messages that he allegedly promised Kirk favorable acting roles and auditions in exchange for a sexual relationship.

“It is in the best interest of WarnerMedia, Warner Bros., our employees and our partners for Kevin to step down as Chairman and CEO of Warner Bros.,” WarnerMedia CEO John Stankey said. “Kevin has contributed greatly to the studio’s success over the past 25 years and for that we thank him. Kevin acknowledges that his mistakes are inconsistent with the Company’s leadership expectations and could impact the Company’s ability to execute going forward.”

The statement noted that, despite Tsujihara stepping down, he and the company were continuing to work with a third-party law firm to complete an investigation into the alleged misconduct.

No successor has been announced yet.

According to Deadline, Tsujihara explained his decision for leaving in a memo issued to staff saying: “Over the past week and a half, I have been reflecting on how the attention on my past actions might impact the company’s future. After lengthy introspection, and discussions with John Stankey over the past week, we have decided that it is in Warner Bros.’ best interest that I step down as Chairman and CEO.”

He continued: “I love this company and the people that make it so great. I’ve been honored head this organization and work alongside all of its talented employees over the past 25 years. Together we’ve built this studio into an unequivocal leader in the industry. However, it has become clear that my continued leadership could be a distraction and an obstacle to the company's continued success. The hard work of everyone within our organization is truly admirable, and I won’t let media attention on my past detract from all the great work the team is doing.”

The article included text messages between the two going back to 2013 when they were introduced by Australian billionaire James Packer at a hotel after midnight. Packer and his business partner Brett Ratner were close to closing a production deal with the studio at the time.

Packer allegedly told her to come to the hotel that night for a life-changing meeting with Tsujihara, who is married.

What ensued was an alleged sexual relationship between Kirk and Tsujihara in which she believed she was promised favorable treatment in show business, including being looked at for roles in Warner TV and movie projects. However, when she was displeased with the progress by the three men on that front, she made it clear in texts that she was going to hold them accountable.

Kirk, who denied any inappropriate behavior to The Hollywood Reporter, issued another statement in her defense after a second article published by the outlet accused her of leveraging her relationship with Tsujihara for favorable treatment in getting a role in the rebooted “Hellboy” movie.

“A lot has been written about me over the past week, most of it conjecture and hearsay, and except for an initial statement made to The Hollywood Reporter, I have remained silent. I can’t do that any more. It’s bad enough to be defined by others, but when the person they put on the page has no relationship to who I am, I feel compelled to speak out,” she said.

“Firstly, I want to make it absolutely clear that I had nothing to do with the publication of this story. There are assumptions being made that somehow I was responsible for the release of the texts, and that is simply not true. When I heard that THR might publish it, I implored them not to, but obviously to no avail.”