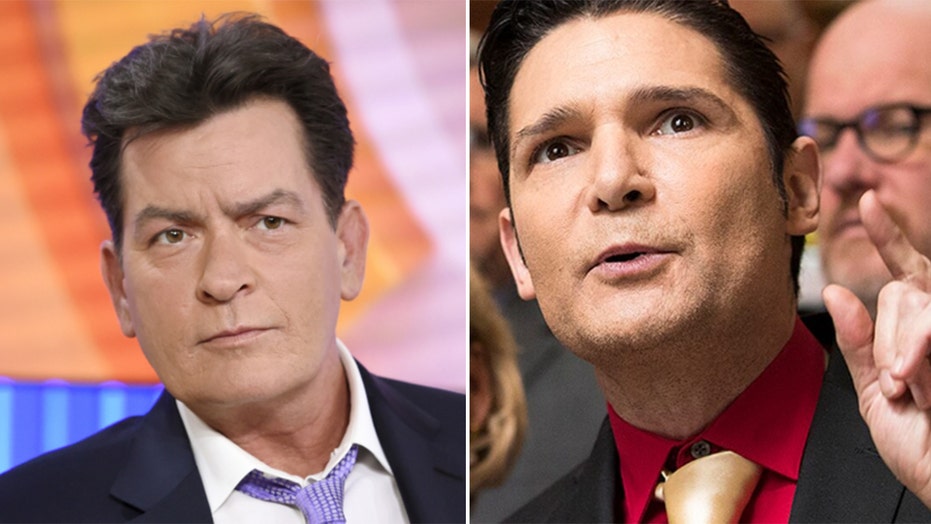 Charlie Sheen is denying a claim made by Corey Feldman in his new documentary alleging that the "Two and a Half Men" star sexually assaulted Corey Haim.

Feldman, 48, released the documentary "(My) Truth: The Rape of Two Coreys" in Los Angeles on Monday, and in it, he alleges Sheen abused Haim when the actor was 13 years old. Haim passed away in 2010.

Now, Sheen's publicist has shut down the allegations in a new statement.

“I would urge everyone to consider the source and read what his mother Judy Haim has to say,” the publicist added.

Sheen has long denied the accusation and Haim's mother, Judy, has publicly stated she does not believe Sheen to be the one who abused her son. In fact, she pointed the finger at the late actor Dominick Brascia.

Brascia is also named as an alleged molester of Haim in Feldman's documentary, while former child talent manager Marty Weiss was named an alleged second abuser of Feldman.

COREY FELDMAN: PEDOPHILIES RAMPANT IN HOLLYWOOD; HE AND COREY HAIM THEIR VICTIMS

The film also looks at nightclub owner and frequent party-thrower Alphy Hoffman, who Feldman accused of abuse in 2017, as well as his former manager Jon Grissom.

Feldman was visibly distraught on Monday at the Director's Guild of America (DGA), where the documentary premiered. Despite his tireless promotion of the flick, it never made it to Act One online users, who were promised the full documentary live-stream for $20.

A frustrated Feldman tweeted from the theater at the DGA, claiming the film was starting 15 minutes late because the website was "crashing." Close to 20 minutes later, he deemed the documentary under attack by "hackers."

Feldman called a service provider for the streaming service in a phone call he played on speakerphone for the audience to hear. A gentleman on the other end claimed an "attack" was coming in and it was "too strong" to fight off.

Feldman spoke with Fox News outside of the lobby following the film's closing to address the technical errors.

“Well everybody that was here saw what happened. So I don't think there's any confusion there,” he said, lamenting the fact that a very small portion of people got to see the film.

“I don't know how we're gonna get people to see the film. We've got to solve that problem first. Yes, some people have seen the film, but the world who's waiting has not seen the film as far as I know. So I've got to really get to the bottom of it, find out how we get this back online and how we get it to stream tomorrow properly at twelve o'clock without being hacked.”

Corey Feldman addressed a crowd Monday after technical difficulties caused a delay in the premiere of his documentary. (Associated Press)

Feldman has aired allegations of abuse on himself and Haim, his late childhood buddy, for years.

Despite the technical difficulties on Monday, Feldman voiced his primary reason for creating the documentary to Fox News.

A rep for Sheen did not respond to Fox News' request for comment.