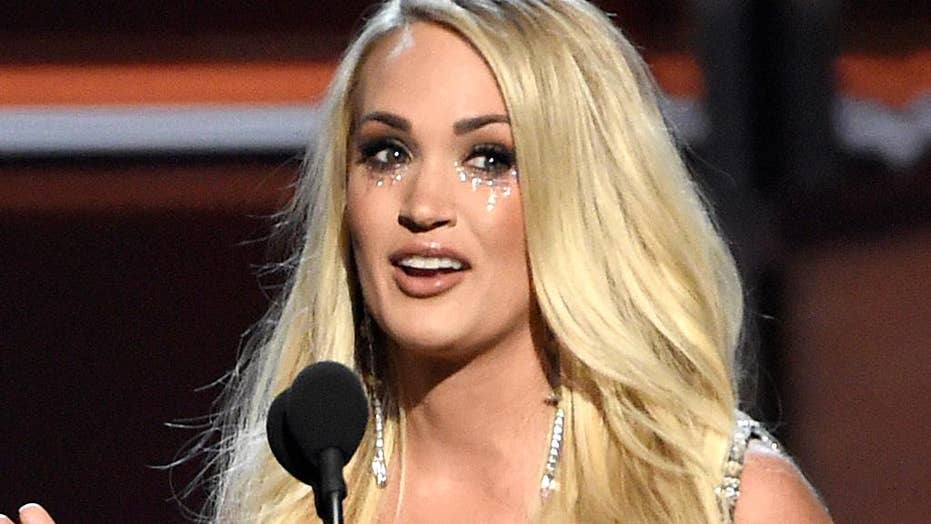 All eyes were on Carrie Underwood as she made her triumphant return to the public eye following a nasty fall in November that left her with 50 stitches in her face.

The country star took the stage at Sunday night's ACM Awards in front of her fellow artists and viewers at home who all wanted to see one thing: her face.

While she blew everyone away with her standing ovation-worthy performance of her new single "Cry Pretty," inside, the singer was "the most shaken anyone has ever seen her," a new report claims.

A source told People magazine that Underwood was incredibly nervous about debuting her face, which she said was "not quite looking the same" after her serious fall.

"She ended up skipping the red carpet because she didn’t want to be bombarded with questions about the accident," the source told the mag. "It's the most shaken anyone has ever seen her … This whole ordeal. She was terrified of people seeing the scars."

Carrie Underwood before (left) and after her fall. (Reuters/AP)

A rep for Underwood did not return Fox News' request for comment.

However, fans on Twitter overwhelmingly agreed they could not see a difference in Underwood's face.

Perhaps that was due to her glam team who was "under so much pressure," the Underwood insider alleged.

On Sunday night, Underwood was awarded Vocal Event of the Year with Keith Urban for their song "The Fighter" immediately after she received a full-minute standing ovation at the ACMs.

"Thank you for having me," the emotional singer said through tears. "I'm still shaking right now."

Underwood fell at her Nashville home in November and in addition to injuring her face, she also broke her wrist. She previously said the healing process has made her slow down — which she dubbed “forced relaxation” — and spend more time with her husband, Mike Fisher, and son, Isaiah. She called it a silver lining to the fall.