Carrie Underwood knows that not everyone is going to love all of her music.

"I love that NBC has been reading everyone's Collinsworth slide tweets because it means they've also been reading all the tweets about how much we hate the new Carrie Underwood song," the individual wrote.

The 35-year-old "Cry Pretty" apparently noticed the comment, writing back: "Hey, I know my music isn’t for everyone, but I love what I do and I love being a part of @SNFonNBC ! I am one lucky lady! I also love women who build other women up...just saying..."

In a follow-up tweet, Underwood also stressed the importance of being positive to one another.

"Today, let’s be positive," she wrote. "Let’s be NICE to each other. Let’s do something nice FOR someone else. Smile at a stranger. It’s the start of a new week! Today is precious! Don’t waste it! Sending love and cheer to you all!!! #LoveWins."

"Sorry that I dissed ‘Game On’ in my tweet about Cris Collinsworth’s slides. I didn’t mean to upset Carrie or her fans, and I'm all about supporting women too. I just miss ‘Waiting all day for Sunday Night.'"

When Underwood first debuted "Game On" back in September, it earned mixed reactions.

One viewer said the new song earned a “D+”

“Pros: Sang "Sunday night" on multiple occasions. Cons: Did not sing ‘ohhhhhhhhhhhhhhhh’ in advance of saying that it was Sunday night. Grade: D+,” the viewer wrote on Twitter.

Another person said, “I’m not a fan of this new Carrie Underwood song at all.” 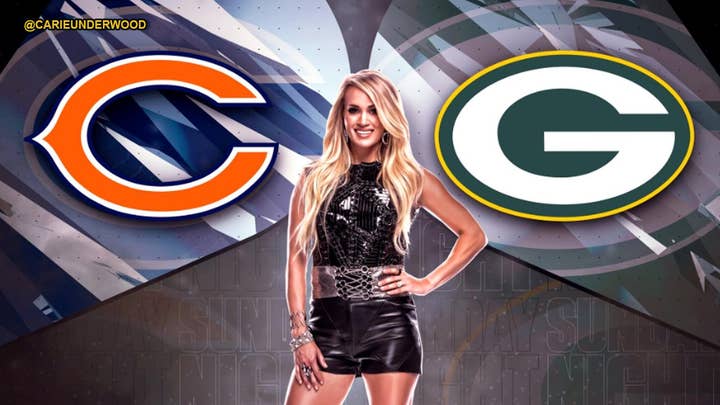 Despite the criticism, some fans praised “Game On” and said it was a “fun new song.”

Underwood took over singing the NFL theme song in 2013 from Faith Hill, who sang the opener “Waiting All Day for Sunday Night," according to Rolling Stone.