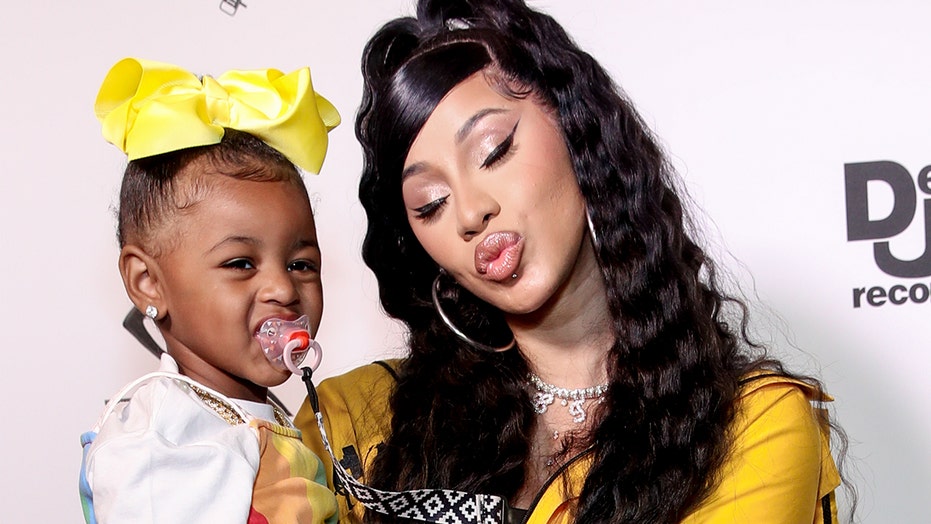 Cardi B and Offset’s daughter, Kulture, is on her way to being Instagram-famous at only 2 years old.

On Saturday, the “WAP” rapper announced that she created an account for her child on the social media app.

CARDI B, OFFSET ARE DIVORCING BECAUSE THEY ARGUE, THE RAPPER SAYS

Within 24 hours, Kulture amassed half a million Instagram followers.

As of this writing, the 2-year-old has over 680,000 followers, with the numbers growing by the hour.

In the bio for the toddler, it was revealed that the account is managed by Cardi, that Kulture likes “everything pink” and that she is “spoiled.”

The 2-year-old only follows her mother and father, Offset, 28.

Cardi’s sister, Hennessey Carolina, joked in the comments of one of Kulture’s photos, writing, “Excuse me miss ummm you look soooo cute but umm.... why you not following your aunt? 🧐you think you grown? 😭🥰🥰😚.”

Some of the toddler’s posts include her showing off her “swag” wardrobe, diamond jewelry and a video of Kulture scrolling on phone “making sure my mommy don’t post nothing embarrassing on my page.”

The Grammy winner and mother of one shared she is seeking to legally part ways from her rapper husband because the couple have been having heated arguments as of late.

CARDI B CLAPS BACK AT CRITICS OF HIT SONG 'WAP': 'IT'S FOR ADULTS'

Cardi B and Offset (Getty)

In the blacked-out video, the "Hustlers" star spoke to her followers candidly and admitted she has cried over her husband’s past cheating scandals, but was adamant that previous or current infidelity was not a factor in her decision to separate.

“I got tired of not seeing things eye-to-eye,” she continued. “Nothing crazy out of this world happened, sometimes people really do grow apart. I’ve been with this man for four years.”

Initial court papers stated Cardi was seeking primary physical custody of their daughter, however the paperwork was amended a day after the divorce became public knowledge, according to TMZ.