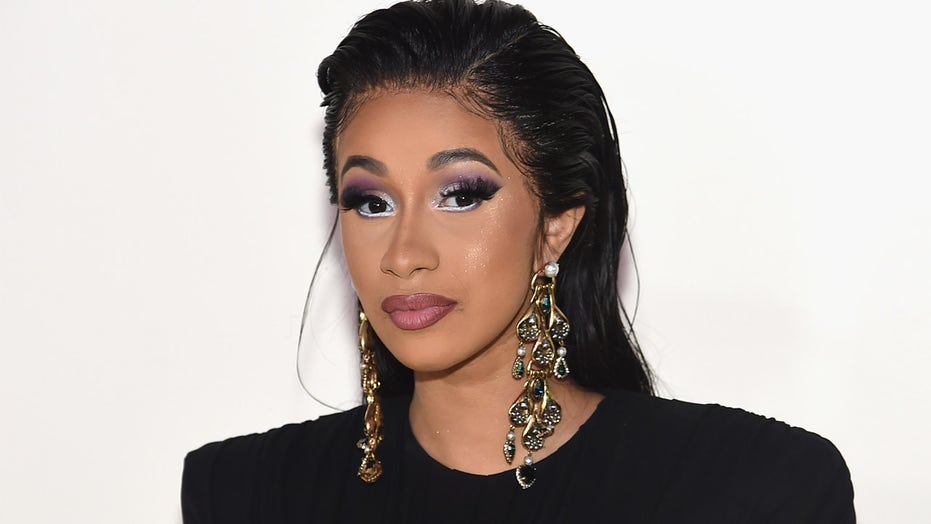 Cardi B blasted a group of what she called “racist MAGA supporters” after they allegedly harassed her sister Hennessy Carolina and her sister’s girlfriend during a beach trip in the Hamptons.

The “WAP” rapper, 27, claimed her sister’s girlfriend was harassed about where she parked her car “all because they are a [sic] Afro/Hispanic gay couple,” she tweeted on Sunday, alongside a clip of the altercation.

In the video, originally posted by Hennessy, 24, one man sporting a “Make America Great Again” hat, another man, and one woman got into a heated argument with Cardi B’s sister.

“I’ll beat the f**k outta you,” Hennessy warned as the group approached her vehicle. She also repeatedly shouted for them to “back the f**k up.”

It’s unclear where the 24-year-old was, but she claimed the men started to harass her girlfriend while she wasn’t in the vicinity. “Ok, don't ever come to a female while I'm not here,” she shouted.

Hennessy and the woman then exchanged explicit language while close to each other’s faces.

The woman exclaimed, “You're blocking some people.”

She eventually retreated, prompting Hennessy to call her “Karen.” She added, “I hope you know that you will be online and your husband” alongside some explicit language.

The woman flashed her middle finger at Cardi B’s sister for recording.

“Meanwhile not only you got racist mags [sic] supporters that are linching [sic] ,racist cop shootings and killing black men all cause their leader make them feel like they could do so,” Cardi B captioned the video on Instagram.

She continued: “My sister couldn't even park her car today with out this man harassing her girlfriend soon as the camera cane [sic] out they started being sweet .”

Cardi exclaimed that President Trump co-signed the alleged harassment. “TGIS [sic] BRAVENESS IS COMING FROM THEIR LEADERS ENERGY,” she concluded.

Hennessy echoed her sister’s sentiments on her own Instagram Story.

“People are dead out here being proud and racist harassing people while wearing they MAGA hat like if they know the government going to hold them down is ridiculous!” she wrote.

Many people expressed their doubt that the feud was racially motivated. Some also accused Hennessy of being the aggressor.

Cardi B blasted those comments and shared audio recordings she got from her sister and her sister’s girlfriend after the altercation.

In the recordings, Hennessy claimed the couple chanted President Trump’s name and repeatedly shouted, “Go back to your f**king country.”

“Nooooo that big pink man was harassing my sister girlfriend to move her car for no reason,” Cardi said in support of her family.

She also claimed the group only settled down once Hennessy pulled out her camera.

CARDI B FURIOUS WITH YOUNG FANS FOR NOT VOTING FOR BERNIE SANDERS, WARNS OF A 2ND TERM FOR TRUMP

Cardi B performs onstage during the 61st Annual GRAMMY Awards at Staples Center on February 10, 2019 in Los Angeles, California (Lester Cohen/Getty Images for The Recording Academy)

“They was [sic] harassing 2 Women ! Ya going to catch the right f--kin one !” Cardi B concluded.

The “Money” singer has long been an outspoken critic of President Trump and his supporters.

Recently, she interviewed Democratic nominee Joe Biden about racism and free education. She also endorsed him in the upcoming presidential campaign.