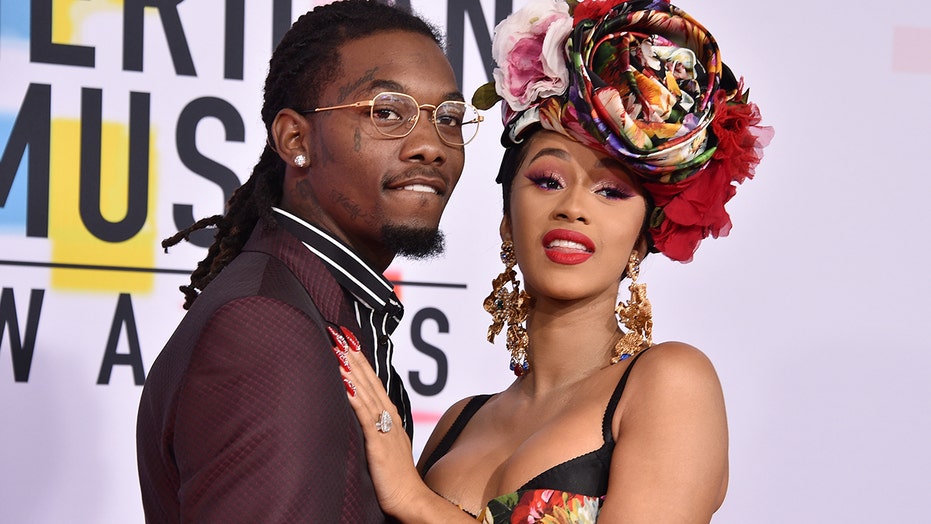 Cardi B confirmed for her fans that she has filed for divorce.

The 27-year-old Grammy winner and mother of one shared she is seeking to legally part ways from her rapper husband, Offset, 28, because the couple has been having heated arguments as of late.

In the blacked-out video, she spoke to her followers candidly and admitted she has cried over her husband’s past cheating scandals, but was adamant that previous or current infidelity was not a factor in her decision to separate.

“This time, I wasn’t crying. It’s not because of cheating,” she stated firmly.

And for people who speculated that Offset potentially had another baby on the way with a woman outside their marriage, Cardi denied it.

Cardi B shared the first photo of her daughter Kulture hours after revealing she and husband Offset have split. (David Crotty/Patrick McMullan via Getty Images)

“I got tired of not seeing things eye-to-eye,” she continued. “So before – when you feel like it’s just not the same anymore, before you actually get cheated on, I’d rather just leave. You know what I’m saying.”

The celebrity news blog, Hollywood Unlocked, broke the story on Cardi’s divorce on Tuesday, which is notably the same blog that broke the news on the Tristian Thompson and Jordyn Woods cheating scandal in February 2019.

Initial court papers stated Cardi was seeking primary physical custody of her 2-year-old daughter Kulture Kiari, however, the paperwork was amended a day after the divorce became public knowledge, according to TMZ.

When the pair separated in 2018 after multiple public cheating accusations against Offset, Cardi mentioned divorce was always a possibility for the pair in a now-deleted Instagram video.

"We are really good friends and we are really good business partners, you know he's always somebody that I run to, to talk to, and we got a lot of love for each other, but things just haven’t been working out between us for a long time," she said in the video at the time. "I don’t know. It might take time to get a divorce and I’m going to always have a lot of love for him because he is my daughter's father."