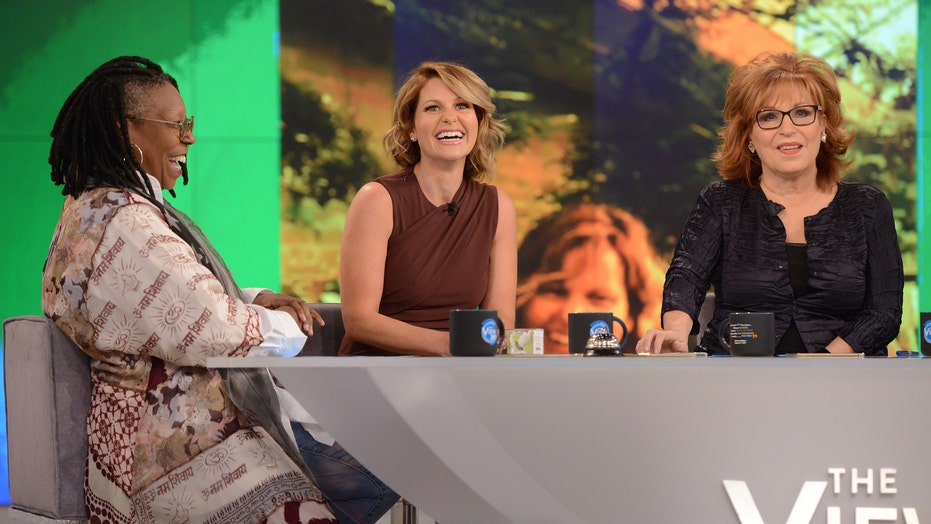 Candace Cameron started her acting career when she was just a child but her hardest on-camera job, she says, happened later in life.

The 44-year-old reflected on her life in the public eye in a recent interview with Good Housekeeping and admitted that her time as a co-host on "The View" was her "most difficult job I've had to date."

"That was a super tough job. It helped me grow a lot, but that was the most difficult job I've had to date… you always feel like you're fighting to speak your opinion," she recalled.

Cameron was a part of the morning show's panel of women from 2015-2016 and filled the conservative seat. She worked alongside Raven Symoné, Michelle Collins, Paula Faris, Joy Behar, and Whoopi Goldberg.

She called the job "tiring" and said she felt stressed trying to keep up with the ever-changing news cycle. She also felt aware that not everyone at the table or in the live studio audience was going to agree with her conservative point of view.

Cameron left the job to focus on more family-centered entertainment projects. She's been married for almost 24 years to NHL star Valeri Bure and they have three children together: Natasha, 21, Lev, 20, and Maksim, 18.

"The values that my parents instilled in me included family being the most important thing. And so I always knew, even in my early 20s, that it wasn't my goal to do something that I felt kids or my own parents couldn't watch — even if a role was amazing. Because of that, I've said 'no' a lot over the years," she explained.

The Hallmark movie star is actually still open to hosting a talk show but just wants it to be "a little lighter and more fun."

Cameron is thankful for the longevity in her career as "Fuller House" -- the rebooted Netflix series based off the beloved sitcom "Full House" -- comes to an end.

"If I am forever known as D.J. Tanner and everyone's big sister, I will be thrilled and happy," she admitted. "'Full House' and 'Fuller House' have brought so much joy, comfort, and love to so many people. There's nothing more I want to be associated with than wonderful and positive things. I embrace the show as an adult just as I embraced it back when I was 10 years old."

She's grateful that working on the series then and now has been nothing but positive.

"There wasn't a big focus on image and beauty from producers, so I didn't pay that much attention to it [on set]. It was the same with my family and my agents. I never had people around me telling me that I had to look a certain way or be a certain weight, and I think that's half of the battle," Cameron said.

And the goodbyes to her longtime castmates weren't easy, even the second time around.

"I don't think the reality has hit yet. And I don't think it will until probably the summertime that we're not coming back. I'm definitely more at ease now than I was when we finished filming," she said. "But it was rough at the end."