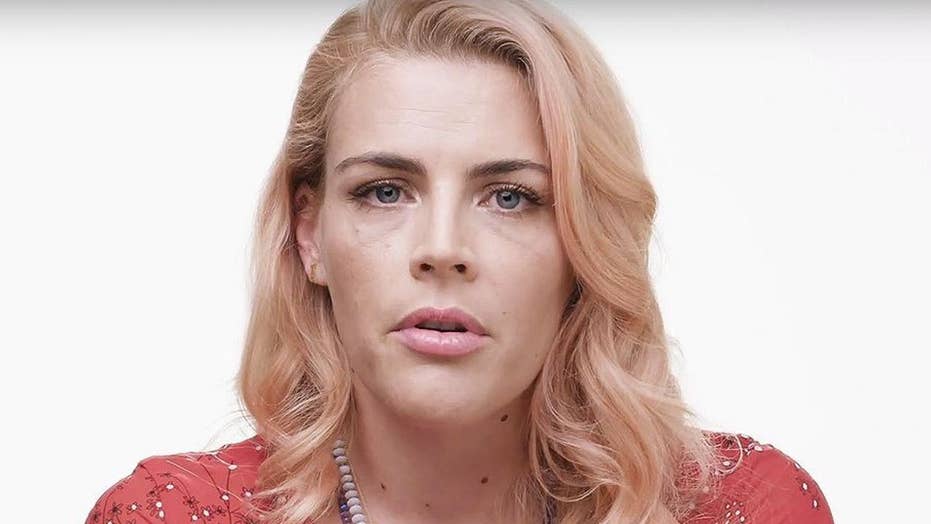 Busy Philipps started 2020 by posting an epic rant on Instagram, slamming her former employer E! over the cancellation of her talk show 'Busy Tonight.' The TV personality explained how she was 'blindsided' by E! with the news her show had been canceled. The highlight of the rant, however, included a scathing letter Philipps' 11-year-old daughter Birdie wrote to E!.

Busy Philipps began the New Year slamming the ones who did her wrong in 2019, and her former employer E! was a top target.

The former "Busy Tonight" host went on an epic rant on Instagram on Wednesday by sharing a series of "#almostgrams," which she hilariously explained were posts that "ALMOST" made it to her feed. The TV personality then explained how E! "blindsided" her with the news her show had been axed.

"On APRIL 5, 2019! I flew to Dallas to shoot commercials over the weekend for Michael's. When my plane took off, the song that came on shuffle was my favorite Deerhunter song He Would Have Laughed. I felt like it was a good sign. When I landed, my manager texted me to call her. Which I did. And she told me E! would not renew my show after the order was finished in a month. It was effectively cancelled," she wrote.

BUSY PHILIPPS SAYS SHE WAS RAPED AT 14: 'IT'S TAKEN ME 25 YEARS TO SAY THOSE WORDS'

Philipps, 40, said the cancellation came as a shock because she had previously discussed the show's future with a network executive.

"I was blindsided, especially since the last text I had from the head of E! (who's now gone) was about marketing for busy tonight that he was excited to tell me about," she explained.

The former talk show host added that she reacted to the news by ordering "three tequilas" at her hotel as she called her husband, Mark Silverstein, and others and "cried."

The actress said she waited for a text or email from someone at E! following the news, which "never came." She then reached out to the executive previously mentioned, who blamed the lack of communication on the fact that she was out of town.

"Nah dude. You're bad at your job. Do better," Philipps responded, according to the screenshot.

Philipps also included a series of selfies in the post, with one showing mascara streaming down her face and another showing off a tattoo on her ankle that reads, "F--k 'em."

The highlight of the personality's rant, however, included a scathing letter Philipps' 11-year-old daughter Birdie wrote to E!.

"You are the worst tv network EVER why! Well 1. You got ride of my moms show. 2 you mad alot of people lose there jobs 3. You suck," Birdie penned.

"Well anyways my mom does work much harder than you so you don't diserve her. She will find another place + do her show when it becomes popular she will shove it up your ass. Sincerely Birdie."

Phillips explained the unfortunate circumstances surrounding the end of her talk show proved to be a blessing in disguise. She also hinted at a new endeavor in the new year.

"My girl knows something about her mom - I work hard AF and love to prove people wrong and finally, the men will always try to f--k you over so f--k em and figure out something else. Which is exactly what Caissie and I have been doing. And next year; in 2020 we will finally be able to share it. So Happy New Year everyone!! Goodnight you guys! I love you SO much!!!"