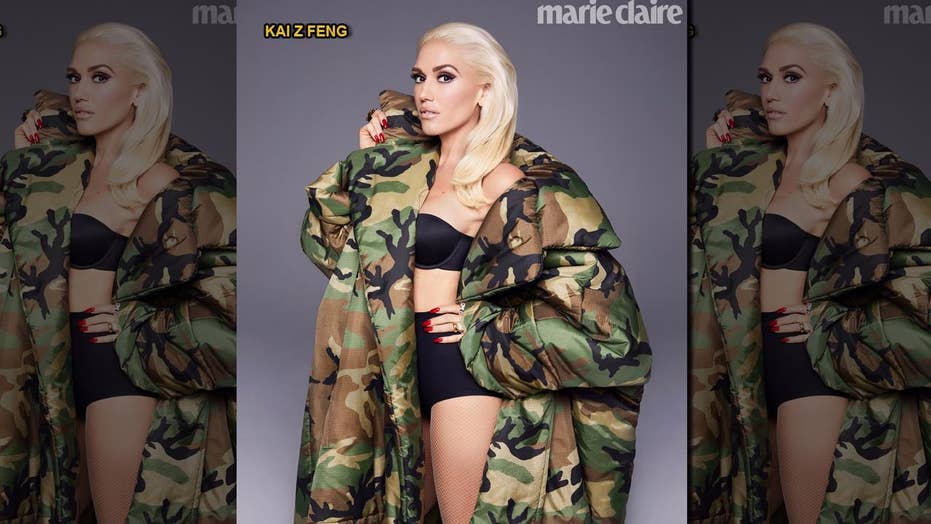 Gwen Stefani gets candid on relationship with Blake Shelton

Fox411: Gwen Stefani describes her escape to 'The Voice' co-host Blake Shelton's Oklahoma ranch as 'very tribal' and says that their relationship is very 'real.'

Blake Shelton gushed about his love for Gwen Stefani and called her an “adopted Okie” for her ability to find arrowheads on his Oklahoma ranch.

Shelton posted the message on his Twitter Saturday with a photo of the arrowheads Stefani found on the ranch.

“Hey @gwenstefani it's official... with your arrowhead finding eye you are now an adopted Okie!!! Side note: I love you pretty girl... #truth,” Shelton wrote.

Shelton, 41, confirmed Stefani, 48, found those arrowheads on his ranch while responding to a fan’s question.

Stefani, her goddaughter Stella and her three sons — Kingston, 11, Zuma, 9, and Apollo, 4 — have been spending spring break on Shelton’s home estate. The couple met while participating as judges of “The Voice” in 2015 and spent the last month apart as Shelton went on the Country Music Freaks tour.

Stefani documented the nature-filled spring break trip with posts on her Instagram.

Shelton was previously married to country singer Miranda Lambert, who recently split from her boyfriend of two years, Anderson East. Stefani was married to Bush lead singer Gavin Rossdale until their divorce was finalized in 2016. He is the father of Stefani's three sons.