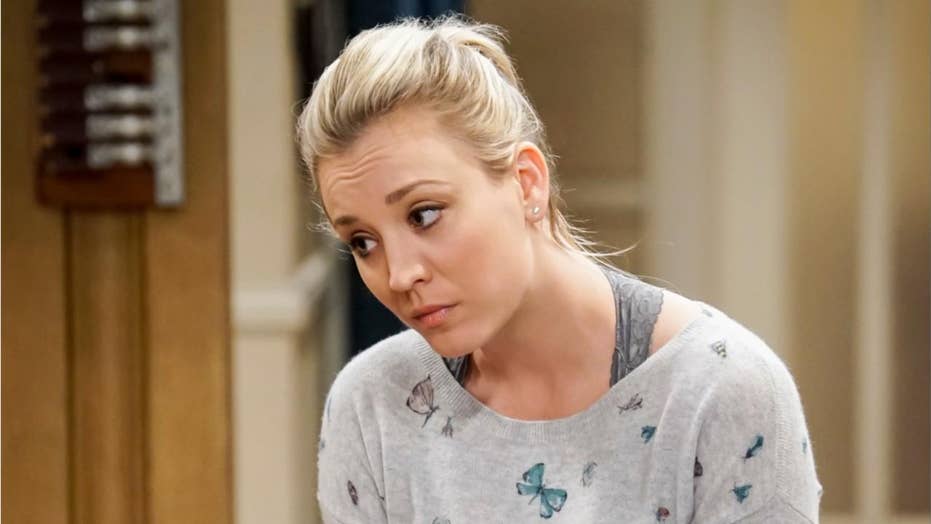 Kaley Cuoco shared a photo to Instagram of her in lingerie. Her post was teasing the final season of 'The Big Bang Theory.'

“The Big Bang Theory” star Kaley Cuoco has been a bit emotional lately now that the show is coming to an end. This, she says, was kicked into high gear after an incredibly kind act from an anonymous fan in California.

After taping the 276th episode of the show, which officially made "Big Bang" the longest-running sitcom in TV history, the star had a rough day when she lost her wallet at a local restaurant.

“I have had the strangest week. It's been very up and down, very kind of emotional, to be honest, probably just with the coming end of the show and lots of other things, but a really sweet thing happen to me a few days ago and I had to share,” the star began in a series of videos posted to her Instagram Story.

“I left my wallet at a Sharky's in Calabasas... and that was the early afternoon, I didn't realize until the evening. I became totally hysterical and didn't know where it was and traced my steps and was like, ‘Oh my God, I left it there. It's gone. It's gone.’ I was crying. I was so upset.”

Fortunately, the wallet didn’t disappear on her completely thanks to a good Samaritan and fan of her long-running sitcom, who found it and turned it in.

“So I called Sharky's and someone had turned it in. Someone picked it up, saw it was me, wrote ‘Penny’ on the front on a piece of paper, gave it to the manager and left it there,” the star shared.

In the video, it’s clear that the harrowing experience left Cuoco pretty emotional, even in the retelling. She made sure to thank the anonymous person as well as the manager who kept her personal effects safe before she could return to get them.

“Whoever did that, whoever is out there, thank you,” she says. “I wish I could have met you. I would have given you all the cash in my wallet, whatever was in there. I really would have given you anything. I was so grateful that there was someone so sweet on this earth, and honest. And it didn't go unnoticed and I will never forget that because that could have been a very bad day for me."

She continued: “So whoever you are, whoever returned my wallet, and the manager at Sharky's, you guys were so nice. I came in crying, they're like ‘Penny!’... There is good in the world.”

Cuoco and the rest of her “Big Bang Theory” co-stars will take their final bow on the show on May 16 when the series finale airs. Fortunately for fans, Cuoco isn’t going anywhere, having previously landed a role as the voice of Harley Quinn in a new animated series from Warner Bros. and DC Comics. In addition, she’s the new host of a YouTube reality competition series.