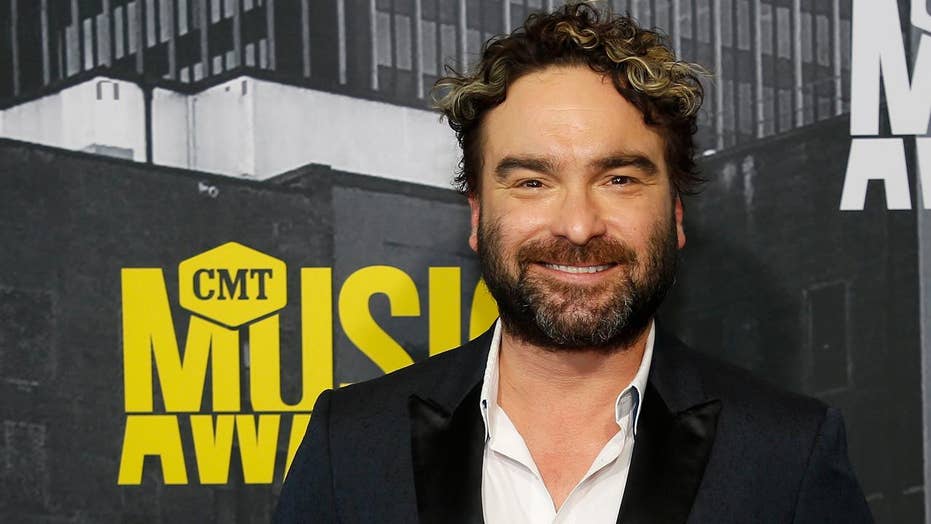 Johnny Galecki's show "The Big Bang Theory" might be ending but his life as a dad is just beginning.

The actor, 43, is expecting his first child with his girlfriend, Alaina Meyer, 21.

“We are absolutely over the moon to announce that we will soon be welcoming a little one into this crazy and wonderful world,” the couple wrote on social media.

'BIG BANG THEORY' CAST GETS EMOTIONAL AFTER TAPING THE FINAL EPISODE: 'THIS SHOW HAS TOUCHED SO MANY HEARTS'

The pair made their debut at the E! People's Choice Awards in November 2018 and just a month later fans thought the pair were engaged after a photo appeared of the love birds wearing matching rings.

But it wasn't so and Meyer clarified with the hashtag #notmarried.

Galecki and his castmates are gearing up for the "Big Bang" finale which airs in a few weeks. The cast which includes Jim Parsons (Sheldon), Kaley Cuoco (Penny), Simon Helberg (Howard), Kunal Nayyar (Raj), Mayim Bialik (Amy) and Melissa Rauch (Bernadette) has been posting sentimental farewell messages during their final table read and scenes.

"More feelings than words can express," he wrote next to the cast hugging in the show's hallway. And another of him wiping away tears after reading his final script with the caption, "So very sad. So very grateful."

The cast also made history. On Wednesday, they all cemented their handprints and signatures at the TCL Chinese Theatre in Hollywood. It was the first time a cast of a TV series received the honor.