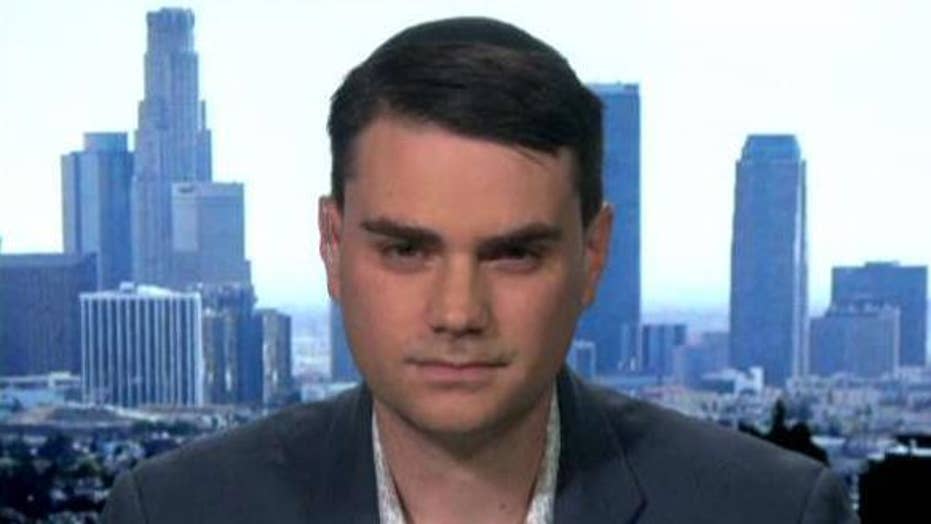 Conservative commentator Ben Shapiro blasted a magazine for characterizing him as being part of the “alt-right.”

The Economist initially published its interview with Shapiro using the headline: “Inside the mind of Ben Shapiro, the alt-right sage without the rage.”

That sparked a fiery response from the best-selling author, who was the No. 1 target of anti-Semitic attacks among journalists in 2016, according to the Anti-Defamation League.

BEN SHAPIRO TO SPEAK AT CHRISTIAN COLLEGE AFTER IT INITIALLY SPURNED HIM, YOUNG AMERICA'S FOUNDATION SAYS

“This is a vile lie. Not only am I not alt-right, I am probably their leading critic on the right. I was the number one target of their hate in 2016 online according to ADL data. I demand a retraction,” Shapiro told the magazine. “You should be ashamed of yourselves for that garbage headline and description. To call yourselves a journalistic outlet and then botch this one so badly is astonishing.”

Shapiro then shared links that document his criticisms of the alt-right during the 2016 election and in the aftermath of Charlottesville. He also noted that he slams the alt-right in his new book, “The Right Side of History.”

The headline, which has since been deleted on Twitter, sparked an avalanche of condemnation.

The Economist issued the following correction to the article:

“A previous version mistakenly described Mr. Shapiro as an ‘alt-right sage’ and a ‘pop idol to the alt-right.’ In fact, he has been strongly critical  of the alt-right movement. We apologise,” the editor’s note read.

The headline was changed to, “Inside the mind of Ben Shapiro, a radical conservative.” That too faced plenty of criticism, but Shapiro conceded such a characterization was an improvement, calling it “defensible.”