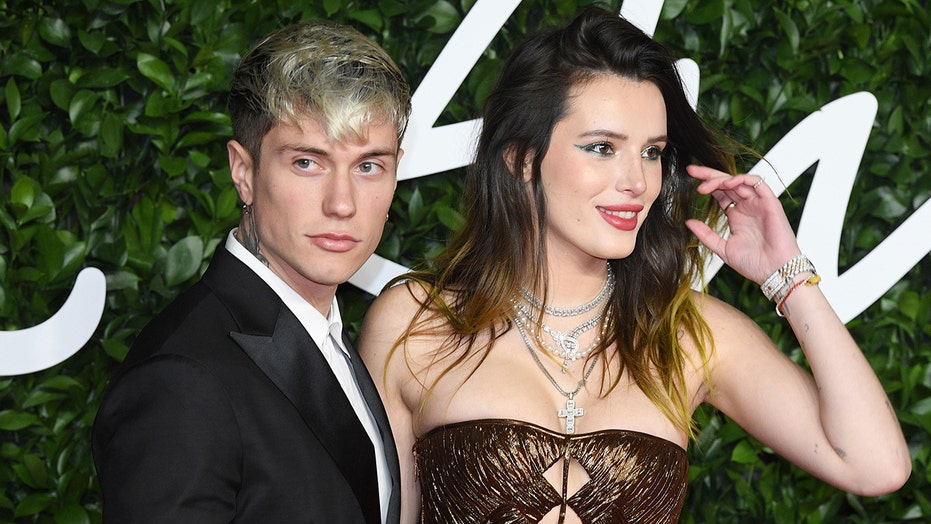 Mascolo announced the news on his Instagram over the weekend by sharing a photo of the two of them together with her showing off the massive engagement ring he used to pop the question.

"She said YES," he captioned the post, which also contained a myriad of snaps of the two of them throughout their relationship.

He also took to his Instagram Story to share a sweet video of Thorne, seemingly moments after the proposal took place.

"Thank you for being amazing, baby. I love you so much," he said, prompting a large smile and giggles from his bride-to-be.

"Yay! We're getting married. Celebration in Italy and America both" he added.

Finally, Thorne responded with: "Yes. I love you so much. Now give me a kiss."

He also shared a picture of the last page of the script of their upcoming movie "Time Is Up" revealing that he popped the question while on set by writing a love letter to her on the final page.

"I wrote the love letter on the back of the script of our movie...at the end of the last scene," he revealed, "she was at monitor watching with the director and...surprise."

According to E! News, the duo first sparked romance rumors roughly two years ago in 2019. The pairing came shortly after her highly public breakup with longtime boyfriend Mod Sun. Thorne, 23, briefly said she was in an open relationship with Tana Mongeau, but they separated in February of 2019.

Since she started dating Benjamin, Thorne announced she was in a polyamorous relationship with him and Alex Martini. It’s unclear if they’re still together.

Speaking to People in 2019 about her then-new boyfriend, Thorne described Mascolo as a "cutie pie" and further gushed about their relationship.

"Ben is a cutie pie and seeing him on FaceTime all the time makes me smile very big," she said at the time. "Clearly, he lives in Italy so it’s an interesting thing."