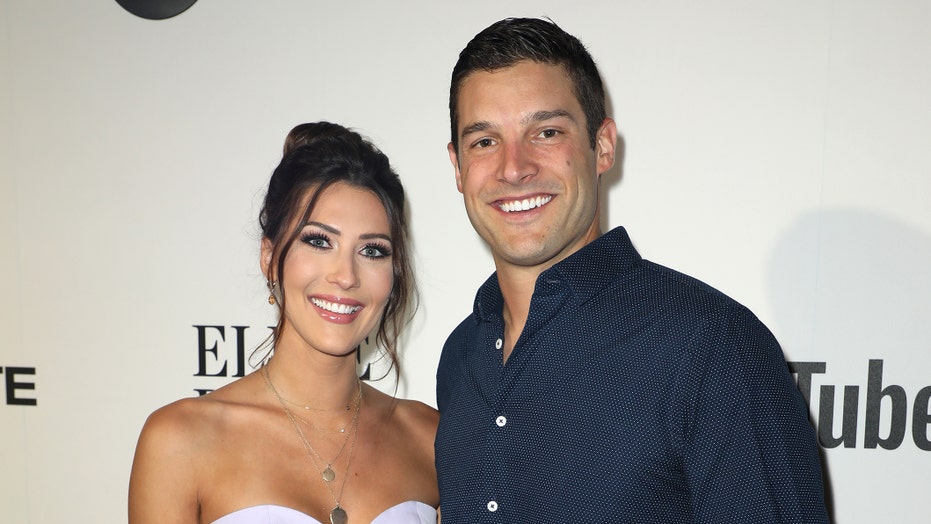 Becca Kufrin admitted she and fiancé Garrett Yrigoyen are going through a rough time in their relationship and she's unsure of their future as a couple.

The "Bachelorette" star and Yrigoyen met on her season of the reality TV dating show and became engaged during the finale in 2018.

But recently they've been struggling after Yrigoyen made comments about police officers amid the Black Lives Matter protests across the country after the death of George Floyd.

“I want to say to our listeners out there -- because I’m sure many will hear this back and wonder and ask and have opinions -- for those who are curious about my relationship with Garrett at this point, all I can say right now is I don’t know,” the 30-year-old said.

Kufrin continued: “I can’t give anything more than that. It’s something that we are trying to work through and discuss and do work on at home at this time and that’s where the work will remain and that’s really the best can give you at this point."

"I wanted to share this -- I know I’ve been rambling for a bit -- but to give a little bit more context and to give you, Rachel, my apology and to really throw my voice and hat in the ring to say things need to change within the franchise and within myself, as well," she added.

“There have been over 300 injured [police], shot, or killed in just one week," Yrigoyen wrote. "[Police] are suffering the consequences over an act they didn’t commit. They continue to put in overtime away from their families, stay silent while being threatened, hated, and assaulted.”

“We can’t judge the peaceful protesters by the actions of the few violent protesters, and we sure can’t judge all cops by the actions of a few bad ones,” he continued. “Remember when they put on the badge they’re still humans, with raw emotion, the more brutality they face the more on edge they become, they make mistakes, they have compassion, and no matter how terrible they are treated or whatever negative is said to them, they still show up for us when we need them!”

The comments section blew up with messages from fans who said Yrigoyen was missing the point of the protests and perpetuating misinformed stereotypes.

Yrigoyen previously made headlines in 2018 for allegedly liking insensitive photos on Instagram that mocked the transgender community, immigrants and the students who survived the Parkland shooting.

He said at the time: “I am not the negative labels people are associating me with. For those who do know me, I am a sincere, genuine, loving, light-hearted, open-minded and non-judgemental individual. I like to make new friends with anyone I meet and want everyone to find their happiness … Let my mistakes be a lesson for those who mindlessly double tap images, memes and videos on any social media content that could be many things including hurtful, degrading, and dehumanizing.”

The "Bachelor" franchise has committed to diversifying its cast and crew after multiple former cast members and employees expressed their dissatisfaction with the lack of diversity and inclusion.

One of the series' first steps was casting its first black male lead. Last week, Matt James was announced as the new bachelor for the 2021 season.

ABC Entertainment president Karey Burke said in a statement: "We know we have a responsibility to make sure the love stories we’re seeing onscreen are representative of the world we live in and we are proudly in service to our audience. This is just the beginning and we will continue to take action with regard to diversity issues on this franchise. We feel so privileged to have Matt as our first Black Bachelor and we cannot wait to embark on this journey with him.”