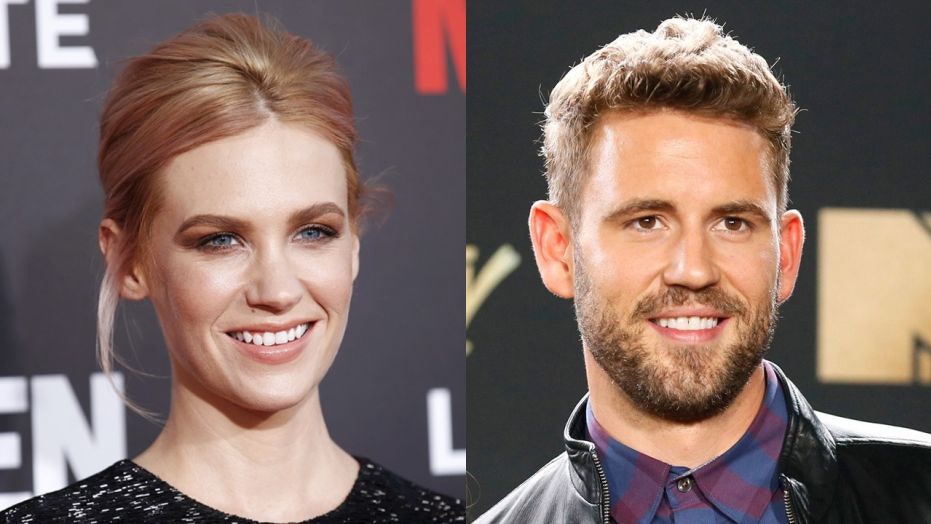 January Jones, who is an outspoken member of "Bachelor" Nation, recently confirmed that she briefly dated one of its stars, Nick Viall.

The former “Mad Men” actress, 42, appeared on the latest episode of Dax Shepard’s “Armchair Expert” podcast where she opened up about her brief experience going on “a couple dates” with Viall following one of his seasons.

According to People, she explained that she started to become invested in the show and began to speak publicly about her fandom. However, her assessment of Viall was unflattering, and he soon got in touch to correct that perception.

“Nick slid into my DMs, and he’s like, ‘I’m so sorry that your perception of me is so negative, I’d love to take you out to coffee and see if I can change your mind,'” Jones revealed. “And I squealed.”

Jones admitted that she initially wanted to refuse because she hated Viall’s on-screen persona. However, her sister convinced her that she would regret turning down the offer.

“So I agreed to go on a date with him, or to drinks or whatever, and as I met him I was rounding the corner and I saw him and he has a very distinct walk, and I had this instinct to, like, run up to him and wrap my legs around his waist, do you know, like they do [on the show]?” Jones said, adding, “I stopped myself.”

Although she was excited to meet a real-life contestant on “The Bachelor,” she explained that the spark pretty much ended there.

“All I did was grill him about the show,” she said. “We went on a couple dates.”

Although there wasn’t a love connection, Jones admits that she misjudged Viall’s villainous persona that is played on the reality TV series.

Nick Viall reached out to January Jones after she said some unflattering things about him. (ABC)

“The thing that attracted me to Nick was he seemed like — I mean he was cast as the ‘villain’ — but he was actually, he had a bit of a brain, you know, so there was something else there,” she said.

The star’s admission of a brief romance with Viall comes after she previously denied anything was going on in 2018.