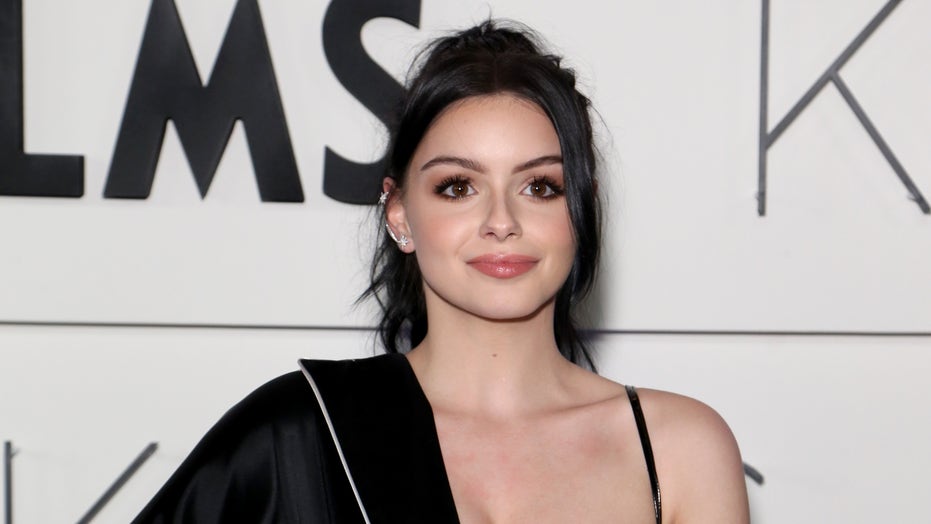 Ariel Winter turned 22 last week and in honor of her celebratory day, the "Modern Family" star shared a series of photos with fans of her themed birthday attire.

The actress took to Instagram to show off her daring look, which involved white knee-high boots and a matching cowgirl hat.

"Last Tuesday I turned 22! Another year closer to my last limitation of renting a car without issue!" Winter captioned the series of snaps.

To complete the Western look, Winter wore a black and yellow patterned fringe skirt that left very little to the imagination. She paired the skirt with a hot pink, rhinestone-encrusted jacket with silver fringe.

The actress also shared a video of an up-close look at her sparkly makeup and a peek at her black lacy push-up bra.

A third video shows footage from the television star blowing out candles on her cake at what appears to be a birthday dinner party. She smiles and throws up two thumbs up after making a wish.

While the star oozed confidence in her birthday post, Winter recently opened up to reporters at the Television Critics Association winter press tour about growing up in the spotlight.

She admitted that growing older in front of the world can be "difficult."

"It's stressful. Millions of people then think they can comment on your life and it's a lot," Winter added.

She also told Fox News that she's now used to the public scrutiny about her appearance and tries not to let it change the way she views herself.

“Yeah, I mean, I started acting when I was 4 years old. So I've been … [receiving] criticism, judgment, rejection – since you're a little kid, so it kind of gives you a thicker skin to begin with,” she explained to Fox. “I feel like when I got on social media, people … not that people were just starting to bully, but it was like, at a certain time 11 years ago, people were like, 'Oh, we'll just say what we want.'”

She continued: “So I think going through that over the years and learning how I wanted to respond to it because I've responded to it in so many different ways – I'd respond back and be salty to somebody who is salty to me or I'd respond back and try and be nice about it and hope that maybe their day goes better. But then, as I got older, I developed a thicker skin and I said to myself, ‘You know, it's going to bother me because it never goes away, but you're still human.’ But at the same time, you just gotta remember that these people online – what they're saying – it's not your opinion of yourself.”