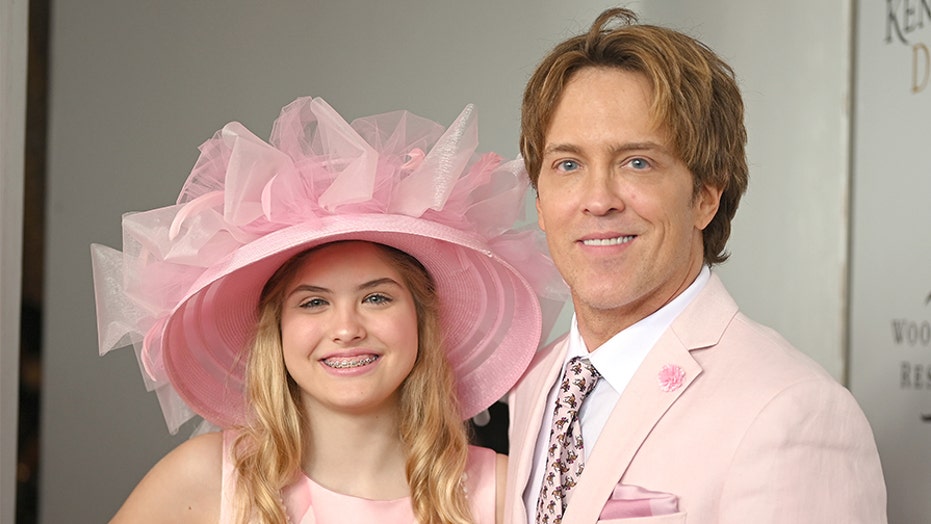 Anna Nicole Smith gave birth to her and Larry Birkhead's daughter just months before she died of an accidental drug overdose in 2007. Now, Birkhead is a single father raising 13-year-old Dannielynn and is revealing the similarities between the late star and their daughter.

Birkhead recently revealed to Fox News in an interview just how "tough" it was to pick up the pieces after Smith's death. Fast-forward to today and the father of one is an active dad who tries to keep Smith's spirit alive.

In a new interview with People Live, Birkhead revealed how Dannielynn takes after the late model.

"She's fun and fearless like her mom was," Birkhead told the outlet. "She's a good kid. I'm just happy that I've been able to spend all the time I have been able to have with her."

Birkhead said he and Dannielynn do a lot of activities together, and he often finds himself "carting her friends around and taking them places."

"We spend a lot of time just having fun," the father continued to the outlet, sharing they often go to amusement parks.

Smith passed away in 2007 at age 39. Birkhead recalled to Fox News the unforgettable conversation he had with the reality TV star while she was still pregnant with Dannielynn. At the time, Smith had gone to hide in the Bahamas to give birth while Birkhead was on the road touring with a female country artist.

“She wanted to know all about her,” Birkhead continued. “‘Who is she, what does she look like?’ It was one of those things where she was kind of getting a little jealous about it and she started crying about it. And that same day she had to go to the emergency room because she was so upset. She actually gave birth early to my daughter because of her getting so upset at that time. And she sent me an [instant message on AOL Instant Messenger]. She said, ‘Don’t fall in love again.’ And then she had a crying face and then she signed off. That’s the last time I spoke to her.”

Birkhead revealed to Fox News that he lost "30 or 40 pounds" after the star's death. But life went on with his daughter by his side.

"I went from buying a tombstone to buying my daughter’s first birthday present and planning her birthday party. It was a lot for me to process. And... I was in a spot where I was numb for a while. I just walked through it.”

Birkhead and Smith's relationship is explored on Lifetime's new limited series titled "Hopelessly in Love." It aired January 17 and Birkhead served as its producer.

The father now resides with Dannielynn in Kentucky.