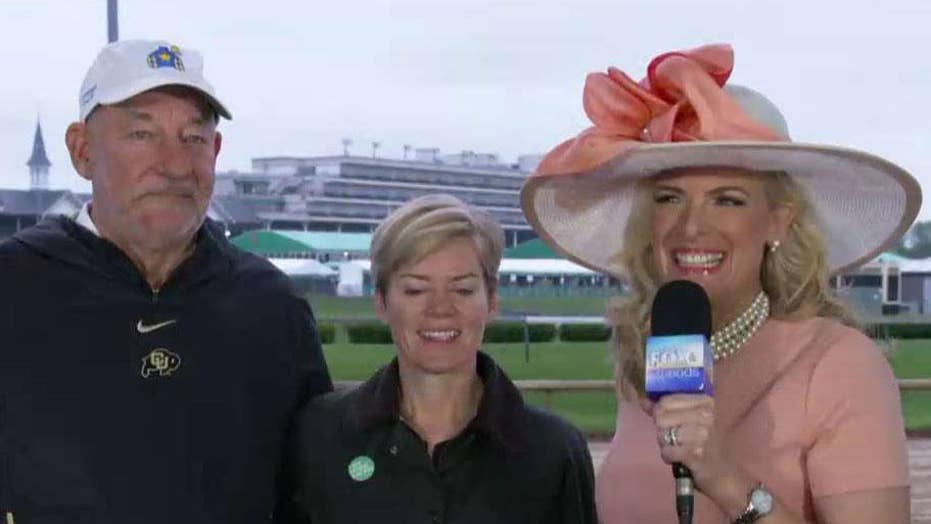 Which horse will win the Kentucky Derby?

The 12-year-old was all smiles as the stepped out with her father Larry Birkhead, 46, for the annual Barnstable Brown Kentucky Derby Eve Gala on Friday.

Dannielynn looked beautiful in a high-low, bright yellow dress with pink flower details and a bow around her waist as her dad matched her outfit with a pink tie and pocket square.

The extravagant night took place at Patricia Barnstable Brown's Louisville home. The father-daughter duo has made a tradition of going to the Derby every year. They have attended since 2010, topping their outfits every year.

The father-daughter duo has made a tradition of going to the Derby every year since 2010. (Stephen J. Cohen/WireImage)

Birkhead took to social media to post about the special outing.

"Headed to the 31st annual Barnstable-Brown Derby Eve Gala with Dannielynn, in her awesome dress by Junona. The start to an awesome weekend! #proudpapa," he captioned the photo on Twitter.

Dannielynn had a turbulent early childhood. After her mother died in 2007 of a drug overdose at age 39, her father's identity was uncertain until Birkhead took a DNA test that confirmed paternity.

Model Anna Nicole Smith wears a long coat with pants as she walks down the runway at the Lane Bryant fashion show, February 5, 2001 in New York City. (Reuters)

Dannielynn was just a year old when her mother died, which came after the passing of her 20-year-old brother, Daniel Wayne Smith, the year prior.