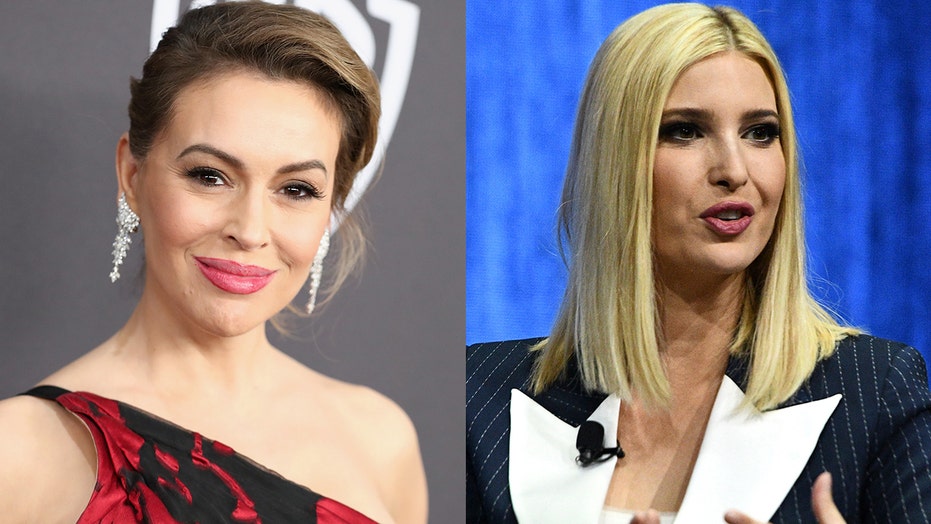 Alyssa Milano discussed the moment she met Ivanka Trump and the confusion she feels about the now-first daughter who once called her a personal hero.

In August, the actress and activist shared a tweet posted by Ivanka in 2014 in which the daughter of the president declared that she has a “total girl crush” on her, calling Milano “hilarious” and one of the first people she followed on Twitter.

“I met Ivanka Trump when I was hosting Project Runway All Stars, she told me I was her hero. I’m sad to see what she has evolved into,” Milano captioned the post, along with a call for people to vote for Joe Biden in November.

Speaking to Yahoo Entertainment about the documentary she executive produced titled “SURGE,” Milano discussed the time she spent the day with Ivanka on the set of “Project Runway All Stars.”

"I met her a couple of times and once I spent the day with her because she was guest judging on ‘Project Runway All Stars,'" she told the outlet. “When I met her in person, she told me I was her hero. I don’t know how the two things can be true. How can I be someone’s hero who also is an enabler to her father who is very destructive?"

She continued: “Her life and livelihood kind of depends on the success of her dad. If he isn’t reelected and there are criminal charges brought against him, does the whole family go down with him? I think it’s going to be a lot harder for her to get patents and be the businesswoman she professes to be. It’s a necessity at this point. This has got to work for her otherwise what else is there?”

ALYSSA MILANO TESTS POSITIVE FOR CORONAVIRUS ANTIBODIES: 'I THOUGHT I WAS DYING'

Milano’s comments came as she was promoting her new film “SURGE,” which tells the story of three women who ran for Congress in deeply red areas of Texas, Indiana and Illinois in 2018.

Milano said she and many of the women were inspired to take political action in the United States after Donald Trump was elected president despite the infamous Billy Bush tape in which he seemingly bragged about committing sexual assault.

“And then he was elected and then from that there’s the Women’s March. All of these incredibly strong, powerful women decided to run for Congress. It was the most women that had ever run at a specific time. We have the most women in Congress than any other time in history, the Democrats do,” she explained. “So this movie just kind of puts a stamp on this era and this time.”