"Smallville" star Allison Mack may be called to testify against NXIVM leader Keith Raniere in court.

Former NXIVM members may break their vow of silence to testify against Raniere, who has been accused of leading a cult that branded women and forced them into sex slavery.

Opening arguments in Raniere's case are set for Tuesday in Brooklyn.

Prosecutors have not revealed who will testify about the "sorority" of women, who were allegedly blackmailed with "collateral" in the form of nude photos and other materials into having unwanted sex with Raniere. Mack and Lauren Salzman, the daughter of the alleged cult's top executive, are reportedly potential witnesses in the trial.

The Associated Press reports that prosecutors requested the alleged victims' privacy be protected by referring to the women as "Jane Does" in documents and using pseudonyms when they testify.

U.S. District Judge Nicholas Garaufis has yet to rule on the request.

Raniere, 58, has pleaded not guilty to sex-trafficking and other charges; his attorneys reportedly are fighting what they claim are "unusual and dubious" protections that would violate his constitutional right to confront his accusers.

Mack is best known for her long-running role on the superhero TV show about the early days of Clark Kent’s life. However, it was reported that she was heavily involved in the NXIVM organization shortly after authorities began making arrests. Mack allegedly got involved with the group when she was unhappy with her acting career. She reportedly rose in the ranks to become a key player in its activities, which allegedly included branding its members and finding sex slaves for Raniere.

Clare Bronfman, an heir to the Seagram liquor fortune who bankrolled NXIVM, Salzman and two others also faced charges. 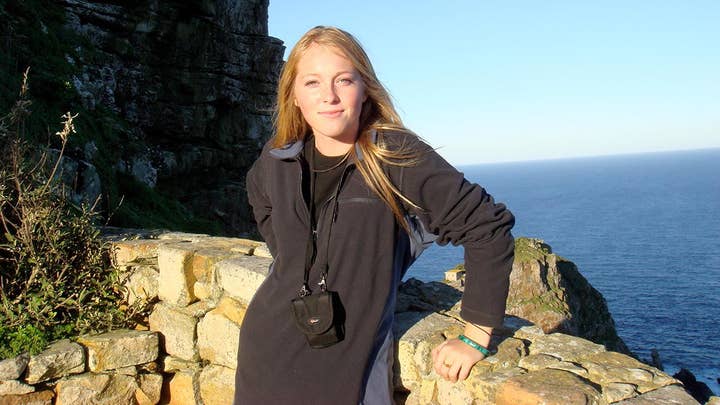 All of Raniere's co-defendants pleaded guilty after prosecutors added child exploitation charges against him earlier this year based on evidence he had allegedly sex with a 15-year-old girl.

Salzman confessed in her guilty plea that she held a Mexican woman hostage in an upstate New York residence for more than two years under threat of having the woman deported "if she did not complete labor requested by myself and others."

At Mack's plea hearing, the actress admitted to collecting "collateral" against women that the group used to extort the women into sex slavery. She said she regretted her involvement with Raniere despite previously telling The New York Times that she believed the women's service was a sign of their voluntary devotion to Raniere and NXIVM.

Authorities claimed that a doctor — who is currently being investigated by state health officials — branded the women in the "sorority" with a cautery pen without anesthesia. Eight "Jane Does" in that case have refused to answer questions, saying through their lawyers "the branding was a voluntary free expression of personal beliefs."

However, NXIVM defectors said the group brainwashed its members.

Actress Catherine Oxenberg of "Dynasty" fame claimed that her daughter, a former NXIVM member, told her that being branded was "character building."

"My heart broke into a million pieces," Oxenberg said at a recent forum on the subject. "I knew I had lost her."

The Associated Press and Fox News' Tyler McCarthy contributed to this report.