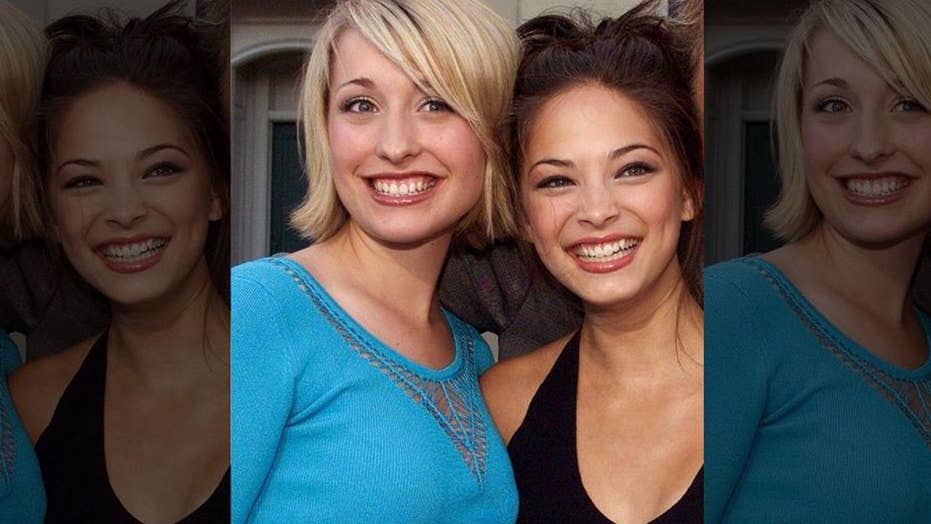 When the hit show “Smallville” ended its run on air after 10 seasons in 2011, actress Allison Mack was unsure what to do next.

“I realized that I kind of grew up on a TV show and didn't really know where to go afterwards,” Mack told Fine Magazine last year. “I was 28 and I felt not quite sure where I was going or who I was. I think that was probably the most bumpy transition.”

To help navigate that transition, Mack turned to the teachings a longtime counselor and friend Keith Raniere, the guru behind the controversial self-help organization NXIVM.

“I have a wonderful teacher and mentor named Keith Rainiere who really gave me some incredible guidance,” Mack said. “I think everyone needs a mentor.”

However the guidance that Raniere gave to Mack led to a jail cell in New York City, where she – along with her mentor – faces charges ranging from conspiracy to commit forced labor to sex trafficking, for running an alleged sex cult within NXIVM.

“She was famous, talented and a good person,” Barbara Bouchey, one of Raniere’s ex-girlfriends and a former NXIVM member, told Fox News. “She came into the organization because she had a void in her life and because she felt vulnerable.”

Bouchey said she dated Raniere for nine years but their relationship ended in 2007 when she left the group, shortly after Mack joined. Bouchey opened NXIVM’s Vancouver center, where Mack became involved.

Founded in 1998, NXIVM promoted Raniere's teachings as a kind of mystical, executive coaching designed to help people get the most out of life. Enrollees in its Executive Success Programs paid handsomely for his advice. On its website, NXIVM bills itself as a “community guided by humanitarian principles” that “helps people realize the potential that exists within them” — a far cry from the sex cult that its detractors say Raniere ran.

Those familiar with Mack’s time in NXIVM say that two things drew her closer into the organization — the ending of “Smallville” and a number of high profile defections from NXIVM that brought a slew of bad press and legal problems to Raniere’s doorstep.

“Here is the key to how Keith lures people into in,” Bouchey said. “He’s good at showing people only the good side of him and NXIVM. Allison saw only the good things and the good impact before it was too late.”

Court papers, however, say that Mack and Raniere also created a society within NXIVM called "DOS" — an acronym based on a Latin phrase that loosely translates to "Lord/Master of obedient female companions." Women were required to provide damaging material about their friends and family, naked photos and even sign over their assets as a condition for joining, they said. Many were branded with his initials, they said.

“Mack was both a victim and a victimizer,” Frank Parlato, NXIVM’s former publicist, told Fox News. “She was both a mastermind and Raniere’s useful idiot.”

Prosecutors argue that Mack recruited women for Raniere by telling them that they were joining what was purported to be a female mentorship group.

“[T]he victims were then exploited, both sexually and for their labor," according to federal prosecutors.

"Mack and other ... masters recruited ... slaves by telling them that they were joining a women-only organization that would empower them and eradicate purported weaknesses the NVIVM curriculum taught were common in women," prosecutors said.

Prosecutors said she required women she recruited to engage in sexual activity with Raniere, who paid Mack in return.

Assistant U.S. Attorney Moira Kim Penza said in court that that "under the guise of female empowerment" Mack "starved women until they fit her co-defendant's sexual ideal."

Neither NXIVM nor a representative for Mack had a comment for Fox News.

Mack's "Smallville" co-star Kristin Kreuk says she was involved with one of the group's self-help programs but left about five years ago. She wrote on Twitter last month that she didn't experience any "nefarious activity" and was "horrified and disgusted" by the allegations.

Mack pleaded not guilty in federal court in Brooklyn on Friday after being charged with sex trafficking. She turned up in court looking unkempt and gaunt. The actress was wearing jeans, a denim shirt and holding tissues when she appeared before a judge.

Prosecutors are accusing her of serving as a “pimp” and “slave master” for the group, allegedly using her celebrity status to convince women to join. A 2016 tweet appears to show Mack was trying to get “Harry Potter” star Emma Watson have a conversation with her about NXIVM.

During Mack’s recent court appearance, it was revealed she married “Battlestar Galactica” star Nicki Clyne, who was also rumored to be part of NXIVM. Clyne and Mack were spotted in Mexico when Raniere was hunted down by police and arrested at a $10,000-a-week villa they were reportedly hiding out last month. 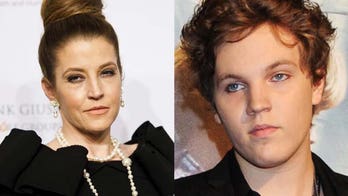