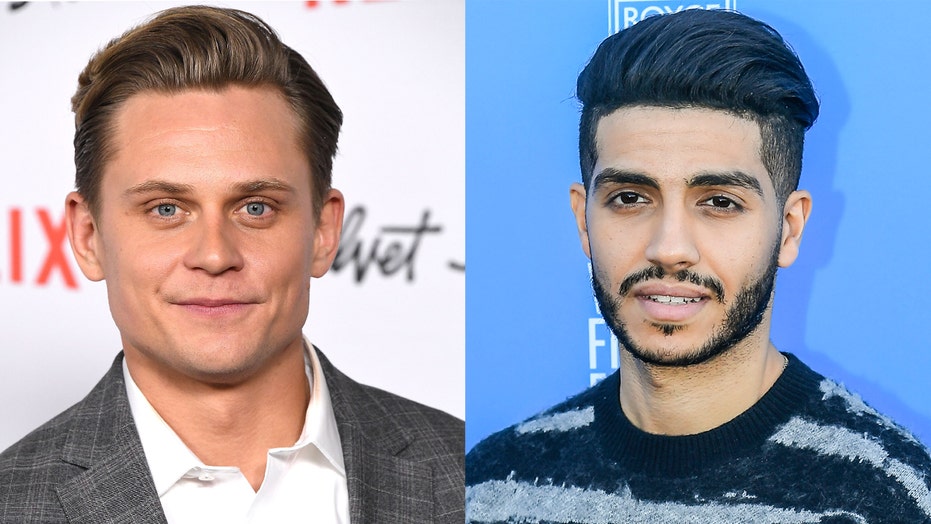 A spinoff of the popular live-action "Aladdin" is drawing criticism from fans.

According to The Hollywood Reporter, the Disney+ series will star Billy Magnussen, who played a small role in "Aladdin" as a prince attempting to woo princess Jasmin.

Fans of the film expressed concern over the spinoff starring a white actor after the film's star, Cairo-born Mena Massoud, said that he hasn't had an audition since starring in the titular role of the billion-dollar film.

PATRICK SCHWARZENEGGER WAS 'SCARED' OF HIS DAD ARNOLD AS MR. FREEZE IN 'BATMAN & ROBIN'

"I'm kind of tired of staying quiet about it," Massoud said to Daily Beast. "I want people to know that it's not always dandelions and roses when you're doing something like 'Aladdin.' (People think) 'He must have made millions. He must be getting all these offers.' It's none of those things. I haven't had a single audition since 'Aladdin' came out."

"Soooooooooooo #aladdin gets a white spinoff?" said a Twitter user. "I would much rather see the genie and his wife and kids on their boat. Or return of Jafar. Mmmmmm Jafar."

"There’s literally two animated Aladdin sequels and a whole series that could be adapted but nah let’s give a show to the only white guy," said another.

"So the dude who plays Aladdin can’t get an audition but the one white dude with one scene in a majority brown cast gets his own (show)," a third tweeted. "Certainly a great look Disney."

Massoud, 28, noted that his race often plays a role in his casting or lack thereof.

"There's always a wild card or two when you’re casting," Massoud said. "I'm usually the wild card. In a room of Caucasian guys, a director might be like, OK, let’s see, like, two guys who aren't. And maybe they'll be the wild card choice."

"Aladdin" co-star Will Smith also spoke on the matter, saying that Massoud's difficulty finding work is not a new struggle within the industry.

"The thing about this business, that is not unlike life, it's hard by design," said Smith when asked about Massoud. "It's like the universe, God, whatever you believe, designed it to be hard. So, if you’re having a hard time it’s because you’re supposed to."