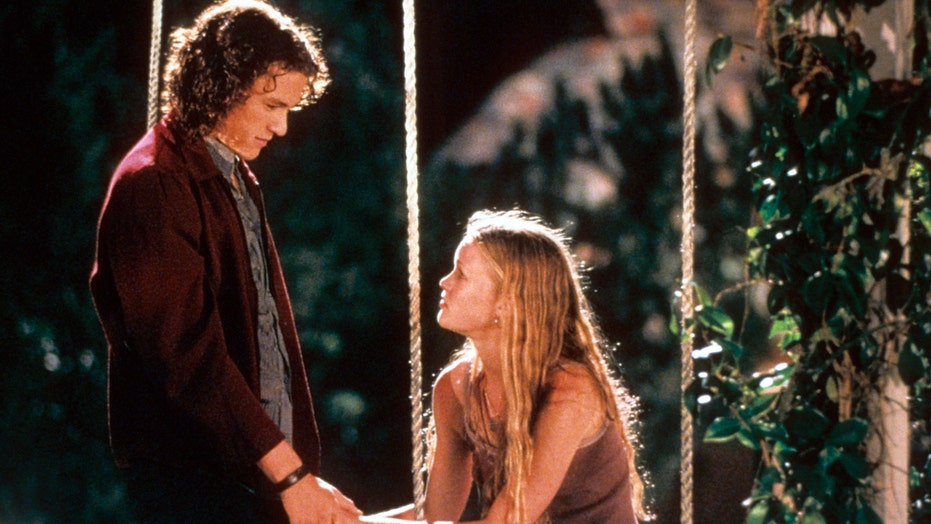 Julia Stiles worked with Heath Ledger 20 years ago but still remembers him fondly.

The "Hustlers" actress, who starred in the 1999 romantic comedy "10 Things I Hate About You" with the late Oscar winner, reflected on her favorite day of shooting the movie: when Ledger's character serenaded a soccer-practicing Stiles in the school's stadium.

"My favorite memory of that day — the whole day, he was just phenomenal," she told host Andy Cohen on "Watch What Happens Live."

"I mean, like, running up and down those stadium steps and nobody knew that he had this amazing voice. He just went full out and I got to watch it," she added.

When asked if it was her idea to have Ledger really sang the Frankie Valli and the Four Season's song "Can't Take My Eyes Off Of You" in that scene, Stiles said no.

Heath Ledger and Julia Stiles at swing in a scene from the film '10 Things I Hate About You', 1999. (Buena Vista/Getty Images))

"It was definitely not my idea. I wish. Is it a rumor? I didn't even know that. Cool. I'll take credit for it," she joked.

MICHELLE WILLIAMS TO DAUGHTER: LATE HEATH LEDGER 'LOVED ME BEFORE ANYBODY THOUGHT I WAS TALENTED, OR PRETTY'

Ledger died on Jan. 22, 2008, in his New York City apartment from an accidental overdose of prescription pills. He was 28 years old. He left behind one daughter, Matilda, who he shared with ex Michelle Williams.