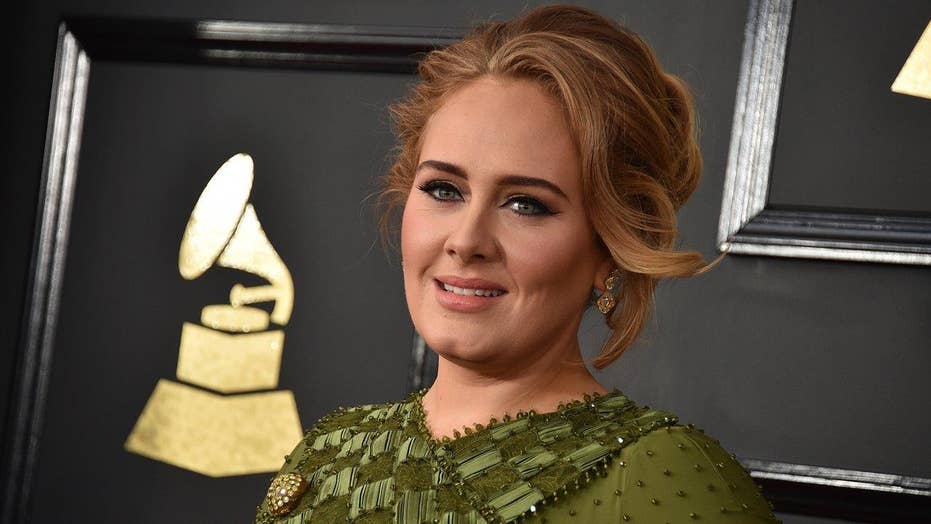 The question on every Adele fan's mind is: When is she going to drop new music?

The multi-Grammy winner has been keeping a low profile lately and dealing with some personal issues. She announced in April that she's splitting from husband Simon Konecki after two years of marriage. They also share a son together.

But, the 31-year-old isn't letting this emotionally difficult time stop her from enjoying life. On Tuesday night, Adele stopped by a party in Los Angeles and covered a song from another iconic musician: Nicki Minaj.

When handed the mic, Adele belted out Minaj's verse on the song "Monster."

Her skills shouldn't come as a surprise because back in 2016, she proved her affinity for Minaj's music on "The Late Late Show with James Corden" and expertly rapped all the lyrics on "Carpool Karaoke."  After proving her skills, Adele also danced to Beyonce's song "Formation" with a group of people.

Back in March, Adele was spotted at a gay bar in New York City with friend and actress Jennifer Lawrence, dancing and drinking with fellow patrons.

ADELE POSTS MEME OF HERSELF FOLLOWING SPLIT FROM HUSBAND

This next year is going to be a big one for the Oscar-winner. On social media new addressed her newly single status, "30 tried me so hard but I'm owning it and trying my hardest to lean in to it all."

"No matter how long we're here for life is constant and complicated at times. I've changed drastically in the last couple years and I'm still changing and that's okay," she wrote.

"31 is going to be a big ol' year and I'm going to spend it all on myself. For the first time in a decade I'm ready to feel the world around me and look up for once," Adele continued.

"Be kind to yourself people we're only human, go slow, put your phone down and laugh out loud at every opportunity. Learning to REALLY truly love yourself is it, and I've only just realized that that is more than enough. I'll learn to love you lot eventually."