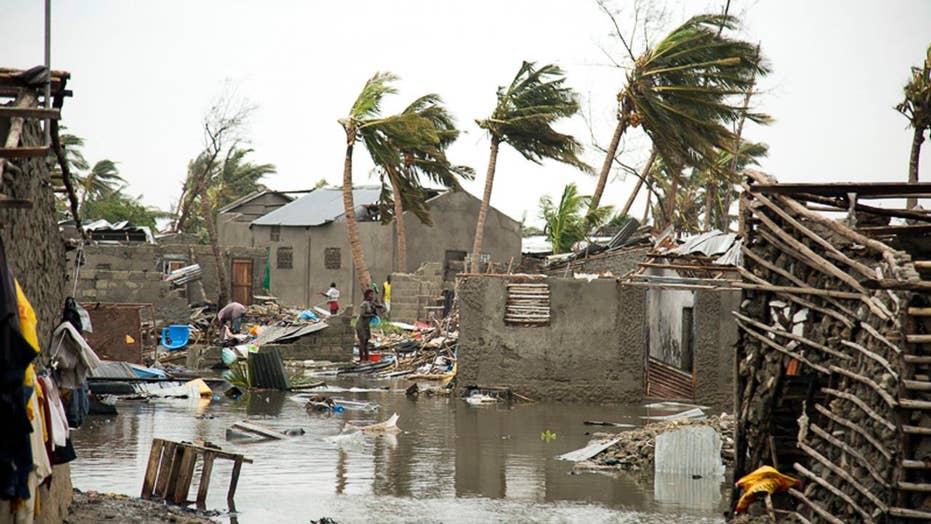 The Red Cross says that 90 percent of Beira, a city of a-half million people, has been damaged or destroyed.

As swaths of coastal Mozambique remain ravaged by the aftermath of last month’s tropical cyclone, many women who have lost their possessions are now being forced to trade sexual favors for food assistance, a Human Rights Watch (HRW) investigation has found.

“In some of the villages, women and their children have not seen any food for weeks,” an aid worker said. “They would do anything for food, including sleeping with men in charge of food distribution.”

A slew of victims and aid workers told the watchdog group that local community leaders, some with ties to the government, were demanding that vulnerable women without money to pay bribes exchange sex acts to get their names put on food distribution lists.

Another mother of four, who claimed she had no means of feeding her family, also told investigators that a community leader offered help not only if “she was nice to him,” but also if she traded sexual favors.

A mother bathing her baby in a bucket at a camp for displaced survivors of Cyclone Idai in Beira, Mozambique, last month. (AP Photo/Tsvangirayi Mukwazhi, File)

“He gave me only a kilo of beans,” the victim said. “When I complained, he said ‘tomorrow there will be more.’”

Six weeks ago on the eve of harvest, Cyclone Idai slashed through what was already deemed one of Africa’s poorest countries – destroying crops and leaving hundreds not only homeless but facing dire hunger.

HRW called on the Mozambique government to conduct its own investigation into the matter and appropriately prosecute and “adopt measures to prevent sexual exploitation and abuse of cyclone victims and create an environment in which women can come forward and report abuses.”

“Emergency aid should be given freely to all people in need, and the government along with aid providers should ensure that aid distribution is never used as an opportunity to commit abuse,” HRW’s Southern Africa director Dewa Mavhinga said.

The United Nations has referred to Idai – which killed nearly 500 people – as “one of the deadliest storms on record in the southern hemisphere,” and lamented that its $342 million aid appeal to offer some relief to the cyclone’s victims in Mozambique and neighboring Zimbabwe has been less than one-quarter funded.

Over 1.85 million people, mostly women and children, were believed to be in urgent need of humanitarian help. Bodies remained strewn through the floodwaters and wreckage, with many roads ruined and unreachable and little outside recourse.

Yet, the already threadbare relief effort may only get worse.

Another cyclone, named Kenneth, is expected to make landfall in northeastern Mozambique on Friday, threatening a different area of the country and one not accustomed to such extreme weather.