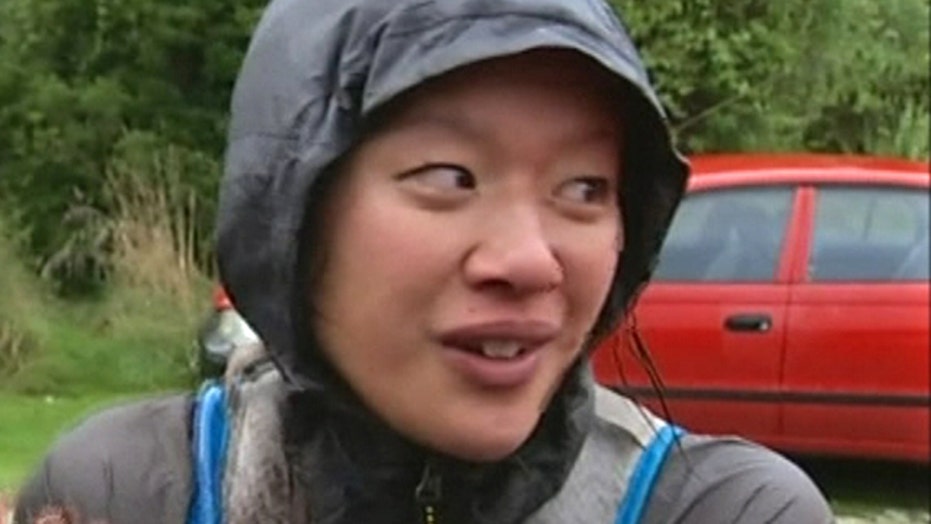 Missing runner survives on breast milk after getting lost

A New Zealand woman who got lost while running a race in Rimutaka Forest Park Sunday covered herself in dirt to keep warm, and drank her own breast milk to survive.

Susan O’Brien, 29, was happy to be safe and reunited with her parents, husband and two children Monday, after a harrowing night in the woods, the New Zealand Herald reported.

She had been participating in the Xterra Wellington Trail race near Wellington Sunday when she lost her way and never crossed the finish line.

“I got lost and got stuck in some bushes and then I thought that was it," O’Brien told reporters Monday.

The race started at 9am and runners on the 20 kilometer trail were expected to finish about two and a half hours later, but O’Brien couldn’t find the trail and wandered further from the race area.

"I wanted to carry on but I got too exhausted so I just dug a hole. I didn't have a life blanket, I thought I was going to die,” O’Brien said.

Her survival skills kicked in and she made a hole in a bank and covered herself in dirt to fight the cold. She had 64 ounces of water and an energy bar, but as her long day dragged on she expressed her breast milk, knowing it had many nutrients, Radio New Zealand reported.

"I'm breastfeeding my baby so I had a bit of my milk. I thought that should help me keep going, for energy," she said.

O’Brien has a two-year-old son and is still breast feeding her 8-month-old daughter. Thoughts of her family and prayer gave her strength.

“Nothing else mattered but my family," O’Brien said.

She spent the night trying to stay warm and yelling out for help."I just kept chucking dirt on myself and every time I heard something I kept screaming 'help'," she remembered.

Authorities launched a search and rescue operation Sunday when O’Brien didn’t finish the race. More than 20 police and search and rescue volunteers with dogs carried out a search of tracks and area around the Rimutaka Forest Park and the Orongorongo track, and camped in the forest overnight.

Monday morning they combed the area with heat detection equipment in an attempt to locate her.

The exhausted woman had enough energy to wave down a helicopter dispatched to look for her, one of her rescuers said. "On our way back down we basically saw her standing by the river waving her arms," crewman Colin Larsen told the Herald.

O’Brien was found about a mile and a half from the original race course. She was cold and tired and wet from morning rain, but relieved to be safe. A paramedic said that despite her ordeal, she was in good health, and did not seem to have any physical side effects.

"After spending a night in the forest she was looking very, very well indeed," Larsen said.

O’Brien’s parents and husband rejoiced as they were reunited with her. The first thing she did was feed her daughter, according to the Dominion Post.

When asked if she would continue running, O’Brien said she would.