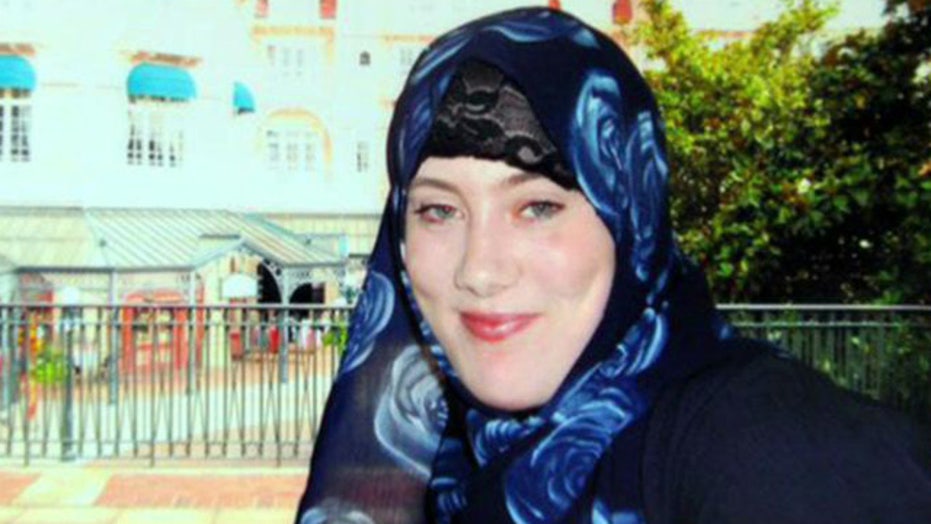 The British “White Widow” terror suspect who is being sought by police in the wake of a deadly attack on a mall in Kenya’s capital reportedly wrote a poem proclaiming her love to Usama bin Laden.

Samantha Lewthwaite was named in a report by Kenya's National Intelligence Service as a “key actor” in the multi-day siege of Nairobi’s Westgate Shopping Mall than began on Sept. 21 and left 67 people dead, The Associated Press reports. Lewthwaite is reportedly linked to the Somali-based al-Shabab terror group, which claimed responsibility for the attack.

A Sky News investigation has uncovered that for seven months in 2011, Lewthwaite lived in a flat in Nairobi that overlooked a different shopping center.  A computer found in that home contained the poem to the former leader of Al Qaeda.

"Us we are left to continue what you started," she wrote, according to Sky News.

“My love for you is like no other. I know that you are in a better place,” other lines of the poem read.

Lewthwaite used her South African alias Natalie Faye Webb to rent the property for herself and her four children. She paid around $810 a month for the apartment, despite having no apparent income. A neighbor said she would visit the nearby shopping center for hours at a time.

A flash drive found belonging to Lewthwaite showed how she spent eight years researching how to make bombs, in addition to searching for dieting and fitness websites, Sky News reports.

Lewthwaite was married to Jermaine Lindsay, one of the suicide bombers in the 2005 London subway attacks that left 52 dead.